Suleiman IdrisMay 5, 2016 11:09 am 0
The Saudi Arabian authorities have released a sum of N25m to the Kwara State Government for the victims of the stampede in the 2015 hajj and others..

Disbursing the money to the victims’ next of kin on Wednesday in Ilorin, the Executive Secretary of the Kwara State Muslim Pilgrims Welfare Board, Hajia Fatimah Abolore Jimoh, noted that the money released was in three tranches.
According to her, a sum of N21m was released for all the pilgrims that participated in the exercise which the Board had started disbursing to them.
Over N1m was refunded to three intended pilgrims that were unable to participate in the hajj  while over N2.1m was released for the families of the victims of the stampede. 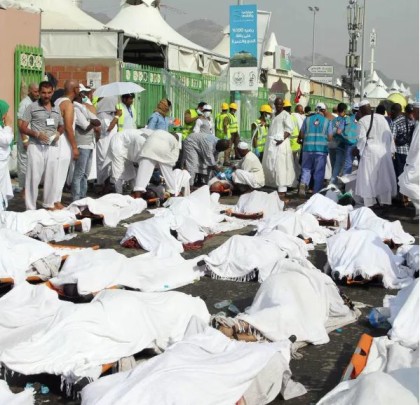 Hajia Abolore Jimoh added that N167, 298.40k was given to each next of kin of the victims of the stampede, while N514,000 was refunded to each intended pilgrim unable to participate in the hajj, last year.
The Executive Secretary of the Board said that twelve people from the state were involved in the Saudi Arabia hajj stampede, saying that the money refunded included the airlift expenses, feeding and transportation expenses.
She stated that the money was released to the National Hajj Commission of Nigeria to the State Pilgrims Board, saying that immediately the money was released, the state government ordered for its disbursement to the beneficiaries.
Also speaking, the Secretary to the State Government, Isiaka Gold represented by the Director Economic Affairs, Oloruntoyin Mohammed sympathized with the families of the victims, on behalf of the state government and prayed for fortitude to bear the irreplaceable loss.

NEWER POSTUNODC to spend N20bn on prevention of corruption, drugs & terrorism in Nigeria
OLDER POSTNigeria To End Fuel Importation In The Next Three Years