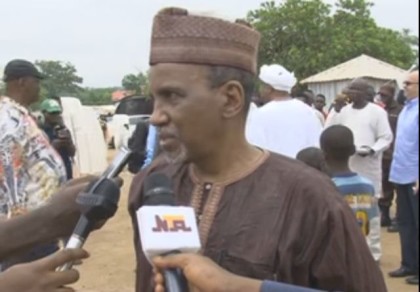 This was during the diplomats’ visit to the Kuchingoro IDP Camp in Galadimawa Area of Abuja.

The African Diplomatic Group in Nigeria have followed the menace of insurgency and its ravaging effects on the people particularly those in the North East.

The gesture is part of the activities to mark the 53rd Anniversary of the African Union.

With the representation from 24 African Countries, the diplomats led by the Dean of African Diplomatic Corps, distributed assorted food items and medicines to the Camp.

The Camp Chairman, Philemon Emmanuel, while thanking the diplomats for the gesture called on the government to help in building a mobile clinic in the camp as there is no adequate health care for the people

They believe that if more people show solidarity to the IDPS, little more comfort would have been given to those in need.