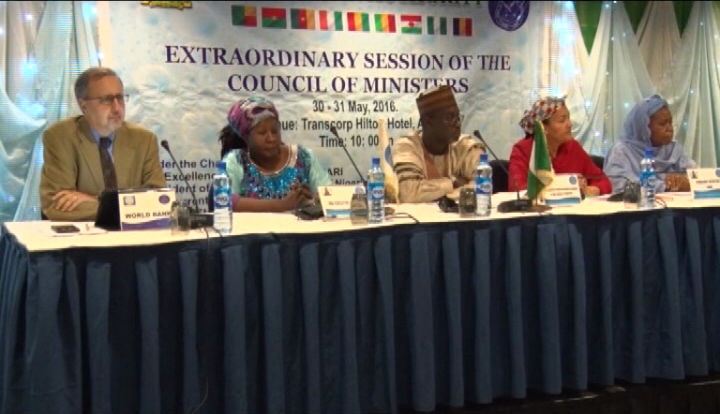 The issues of climate change and sharing formula of NBA finances are to be addressed by the 2016-2024 operational plans and its climate resilience investment plan which were earlier adopted by the summit of heads of state and government under the leadership of President Muhammadu Buhari in Cotonou.

President Buhari, represented by the Minister of Environment, Amina Muhammed charged the Council of Ministers to fashion out a readjustment of the organization in line with the programmes of the authority.

Water Resources Minister, Chairman, NBA Council of Ministers, Suleiman Adamu says the body is also aiming to fight idleness in order to check extremism among the youths of the basin.

Representative of the World Bank, Alexander Bakaya gave an assurance that the technical and financial partners are committed to supporting the course of the NBA