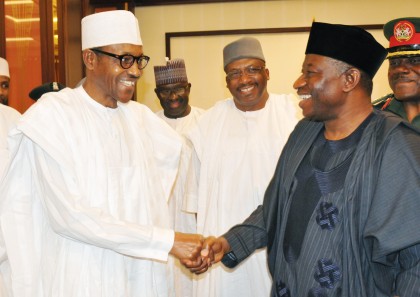 National Coordinator of the group, Mr Eperemor Governor, made the appeal in a statement on Thursday in Benin.

According to him, the appointment will help to reduce the present hostility by the Niger Delta Avengers (NDA), which has been responsible for the blowing-up of oil installations in the region.

He said that as an indigene of the area, and former governor of Bayelsa, the former president would help to bridge the gap between the region and the Federal Government.

Governor, however, condemned the spate of pipeline bombings by the avengers, adding that the bombings were not only affecting the nation economically but degradation the soil of the region.

He reminded the NDA that while the country was suffering the effect of their activities, the environment of the region they claimed to represent was also being destroyed.

He, therefore, urged members of the group to channel their grievances to appropriate authorities rather than destroying the country`s commonwealth (NAN)