What You Don’t Know About the Niger Delta Avengers 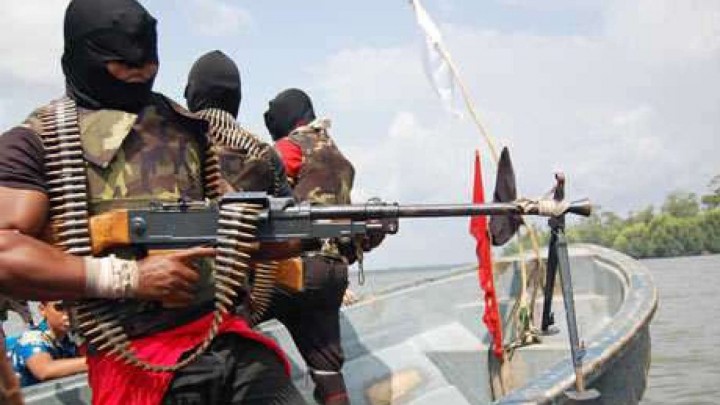 Niger Delta Militants, this is not necessarily of Niger Delta Avengers(PHOTO: BlogWatch)

The President today will be in Ogoniland for the initiation of the clean up exercise of the Ogoniland devastated through decades of oil exploration; a militant group has however since February 2016 been making headlines through their capacity to destroy oil infrastructure.

Their attacks have driven Nigeria’s oil output to near a 22-year low. Contrary to popular opinion, the group, Niger Delta Avengers, NDA for short, according to them is not just made up of Niger Deltans but has support from other parts of Nigeria, namely Northern, Western and Eastern part of the Country with the sole purpose of crippling the Nigerian Economy until their demands are met.

Things Being Demanded
– Immediate implementation of the report of the 2014 National Conference.
– The ownership of oil blocks must reflect 60% for the oil producing people and 40% for the non-oil producing people.
– The only Nigerian Maritime University sited in the most appropriate and befitting place Okerenkoko must start the 2015/2016 academic session immediately.
– The Ogoniland and indeed ll oil polluted lands in the Niger Delta must be cleaned up and compensation be paid to all oil producing communities.
– Nnamdi Kanu, the Leader of IPOB must be released unconditionally as the court said.

1. Bombing of pipelines is #callous and can only be done by cowards and criminals with no foresight and future.

2. All culprits involved in such destructive activity will be brought to book without inflicting unnecessary pain on innocent citizens.

3. We will remain professional and committed to maintaining #peace and #security in our great nation #Nigeria . #NigerianArmedForces

According to reports, Diplomats and security experts say the group has shown a level of sophistication not seen since the peak of the 2004-2009 insurgency, which halved Nigeria’s oil output. They say it must be getting help from sympathetic oil workers knowledgeable enough in identifying the pipelines to cause maximum damage. Authorities have no hard facts about the group – such as its size, bases or leadership. Only known name of member is that of the Spokesperson,  “Col. Mudoch Agbinibo” which might be a pseudonym.

What the Government is Doing

Following the spate of attacks, the Nigerian Military has increase its engagement in the Niger Delta with deployment of addition units that included 100 Gunboats, 4 Warships and Fighter jets to the area; this is to align with increase in Naval deployment in the area.

President Buhari has restated support in the clean up of the Ogoniland devastated through years of oil exploration. Also, a proposed restructuring of NIMASA has been put in place following years of endemic corruption; which might have resulted in Amnesty funds not getting to the right persons and groups.