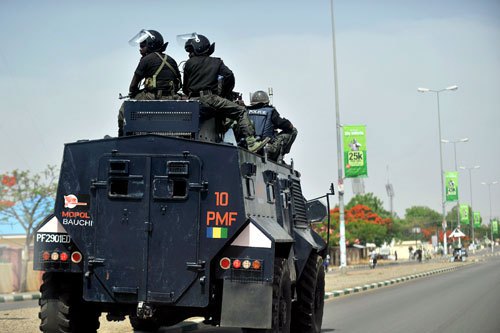 NAN(Abuja): Inspector-General of Police, Mr Solomon Arase, has promised speedy investigation and trial of suspects in the murder of Bridget Patience Agbaheme, who was murdered at Kofar Wambai market in Kano on Friday.

Arase made the promise in a statement issued by Police Public Relations Officer, Acting Commissioner of Police Olabisi Kolawole, in Abuja on Saturday.

The statement said the Kano state Police Command has succeeded in arresting two key suspects, Dauda Ahmed and Subeiru Abubakar in connection with the murder

The statement said Arase directed the Deputy Inspector-General of Police in-charge of the Force Criminal Investigation and Intelligence Department to deploy the Homicide Section to take over the investigation.
It also said the deployment was to ensure a meticulous investigation and speedy prosecution of the suspects.
The statement said detachments of mobile and conventional police as well as the intelligence assets of the force had been deployed to protect law abiding citizens.

My condolences to the family of the deceased. #JusticeForBridget Thank you @GovUmarGanduje for the swift response

“The force’s leadership emphasises the sanctity of human lives and condemns in the strongest possible terms the violation of the right to life of citizens under any guise.

“The Inspector General of Police and the entire Nigeria Police family, therefore, condole with the family, friends and colleagues of the late victim’’, it said.

The statement stressed that the police shall uphold its mandate touching on criminal justice delivery in the most firm and speedy fashion in this instance and in other cases of this nature.

Truth be told we must all play our part to stop these type of barbaric acts in Nigeria. Mob killing, jungle Justice https://t.co/kWA3HMsco4

It advised members of the public to go about their normal activities and resist any temptation to capitalise on the incident to threaten national security as any such attempt will be firmly dealt with.

“The Inspector -General also calls on Kano state residents and all citizens to imbibe the culture of tolerance, rule of law and peaceful co-existence’’.