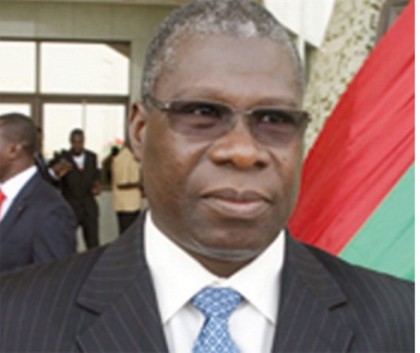 ECOWAS Community Court of Justice on Saturday in Abuja elected Justice Jérôme Traoré from Burkina Faso as its new President.

This is contained in a press statement issued by the court through Mr Sunny Ugoh, the head of the information department of ECOWAS.

The statement said that Jérôme took over from Justice Maria Do Céu Silva who just served out her two-year tenure.

“Justice Traore, who becomes the first male President of the 15-year-old court, will serve a two-year term with other members of the bureau.

“The new president, who replaces Justice Maria, whose two-year term ends today, was until his election the Dean of the Court,” ,” the statement said.

Besides, the statement said that Justice Micah Wright from Liberia and Justice Hameye Mahalmadane from Mali would now serve as the court’s vice-president and dean respectively.

News Agency of Nigeria (NAN) reports that the newly elected justices will be responsible for the court’s programmes, while providing policy guidelines for the court’s management. (NAN)