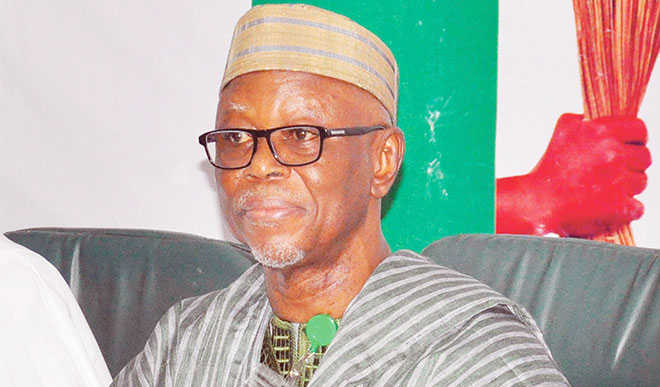 The National Chairman of the All Progressives Congress (APC), Chief John Odigie-Oyegun will attend the 2016 International Leaders Forum (ILF) during the United States Democratic National Convention in Philadelphia, Pennsylvania scheduled for July 25-28, 2016.

This was disclosed in a press statement issued by the Assistant Director of Publicity of the Party, Edegbe Odemwingie in Abuja

According to him, this follows the National Chairman acceptance of an invitation by the President of the National Democratic Institute (NDI), Kenneth Wollack.

“Odigie-Oyegun will be accompanied to the Convention by the APC National Secretary, Mai Mala Buni.” He said.

“The Democratic National Convention is used to nominate the Democratic Party’s candidate for President and Vice President of the United States of America.

“The Convention is also used to officially adopt the Democratic Party’s platform (manifesto).” He added.

“In Philadelphia, International Leaders Forum (ILF) will bring together current and former government officials, parliamentarians, diplomats and senior political party leaders from over 100 countries to observe the nomination process of the Democratic Party’s candidate for President and Vice President of the United States.”

He said that throughout the convention week, NDI will hold a series of special events for the international visitors.

Odemwingie said that participants will attend morning and afternoon seminars on U.S. politics, and domestic and foreign policy issues defining the presidential election.

He added that bi-partisan panel discussions will be led by Democratic and Republican leaders, journalists and opinion makers.