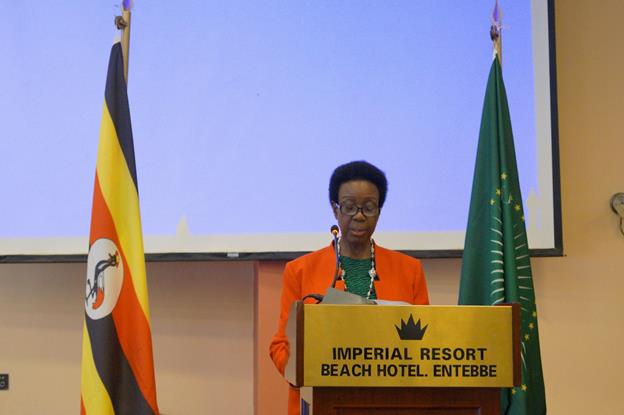 AUC Commissioner for Rural Economy and Agriculture, H.E Tumusiime Rhoda Peace, yesterday urged African leaders to continue to champion the cause of aflatoxin mitigation in order to create policies and an enabling environment that would allow for evidence-based action plans to be implemented by various stakeholders.

Speaking during the 2nd Partnership for Aflatoxin Control in Africa (PACA) Partnership Platform technical opening ceremony, Commissioner Tumusiime said aflatoxin contamination was the most pervasive food safety challenge in Africa and therefore requires a concerted, coordinated and holistic approach to have a meaningful and sustained impact on mitigating the problem.

“This can be done through the model being promoted by the continental strategy of PACA which is aligned and is implemented through the CAADP framework,” she said. “Through the 2014 AU Malabo Declaration, African leaders reaffirmed their commitment to increase agricultural production, productivity, and food and nutrition security, therefore, to attain the goal of a food-secure Africa, and in order to effectively contribute to the Agenda 2063 of the African Union, it will be critical to address aflatoxins.”

ALSO READ: African Union Distances Itself From ‘Travel Advisory’ Circulating On The Internet

Aflatoxins are natural compounds produced by the mould Aspergillus flavus and related species. They are highly toxic to humans and animals, causing liver disease and cancer. Chronic exposure to aflatoxins is also associated with stunting and immune system suppression. Aflatoxin-producing moulds affect grain and other food crops – notably, maize and groundnuts. The toxins can be carried over along the food chain and contaminate animal source foods. Humans and animals get exposed to aflatoxins through ingestion of foods/feeds contaminated by the toxins.

The African Union Commission (AUC) through PACA is working to improve the effectiveness and efficiency of Governments to tackle the aflatoxin challenge in Africa. 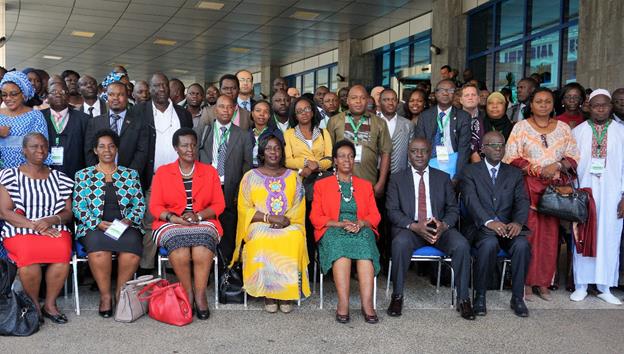 Participants at the 2nd Partnership for Aflatoxin Control in Africa (PACA). (Photo: AU)

Hon. Ssempijja reiterated his government’s commitment to incorporate aflatoxins mitigation under the Ministry’s Agriculture Sector Strategic Plan and to also take into account the multi-disciplinary roles of agriculture, health and trade ministries in fighting aflatoxins.

“In the agriculture sector, the major impact is on the health and productivity of poultry and fish due to contaminated feeds and the rejection of contaminated agriculture products in the target markets. It will, therefore, be hard to fully develop our agriculture sector on the continent without management of aflatoxins,” Hon. Ssempijja said. “If we join forces as evidenced today, it is possible to sustainably rid our continent of aflatoxins and thus contribute to the wealth and health of our people.”

Giving the keynote address, Hon Jessica Eriyo said the EAC was committed to the implementation of the Malabo Declaration. She pointed out one aspect of the Declaration; women empowerment, saying, aflatoxins are a gender issue that should be handled head on, as women are the hardest hit by aflatoxins due to the nature of their roles in society.

Hon. Eriyo spelt out a number of ways that African governments could tackle the aflatoxin issues, saying “Let us build strong partnerships because the agenda to realize food security in Africa could be undermined by the aflatoxin contamination threat.”

Hon. Kyambadde, gave a power point presentation, where she highlighted Uganda’s journey through the aflatoxin challenge and how it has affected the economy. She called for sustainable solutions in addressing the challenges posed by aflatoxins.

The 2nd PP is expected to explore the progress of implementing action areas at the continental, regional and national levels, thereby assessing the achievements, success factors, bottlenecks and challenges of implementation. Furthermore, the PP will explore means of sustaining implementation of activities beyond piloting phase of PACA support in the six PACA Pilot Countries.

Subsequently, new thinking and actions will be drawn by learning from the challenges; and scaling up the successes.