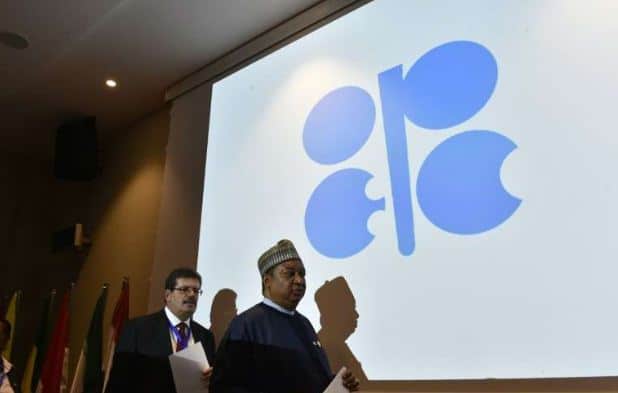 OPEC Secretary General Mohammed Barkindo and Iraqi Oil Minister Jabar al-Luaibi met on Tuesday in Baghdad to bring about an agreement on supply cuts that would support sagging oil prices.

Iraqi Oil Ministry Spokesman Asim Jihad said the meeting was to take common position ahead of the cartel’s meeting on November 30th.

Luaibi was quoted as supporting the efforts of the secretary general and optimism that the meeting would lead to decisions in favour of crude producers.

Luaibi, however, briefed Barkindo about Iraq’s “real production” figures, which were higher than those estimated by so-called secondary sources adopted by OPEC.

“These figures are the right of Iraq,” he added, suggesting that the war-torn nation is seeking to preserve its oil production levels.

Should Iraq be forced to join OPEC’s supply reduction, its insistence on a higher production figure as a baseline for the cut would also make the deal more favourable for Baghdad.

Iraq, OPEC’s second-largest producer, sent a strong signal on Sunday that it would resist OPEC attempts to cut its output.

Luaibi sought the same exemptions as Iran, Nigeria and Libya — which have had crude output hit by wars and sanctions.

The Iraqi statement emphasised that Baghdad needs its oil income to fight the war on Islamic State.

Falah al-Amri, head of state oil marketer SOMO, said that Iraq will not go back below 4.7 million barrels per day, “not for OPEC, not for anybody else”.

Iraq estimates its September output at 4.774 million BPD and its production could rise a little in October, Amri added.