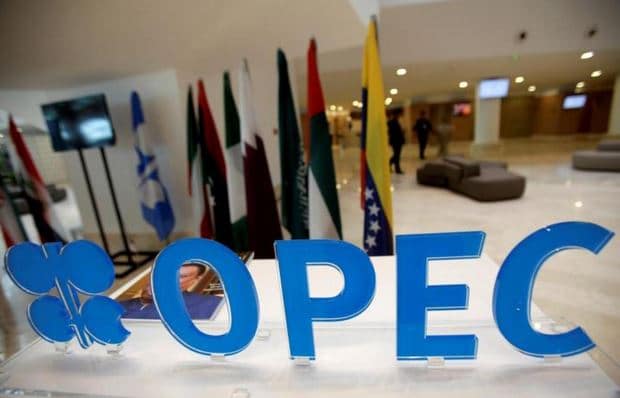 OPEC officials approved on Monday a document outlining the exporter group’s long-term strategy, in a sign its members are making progress in ironing out differences over how and when to manage production levels and, ultimately, oil prices.

The approval of the document has been repeatedly postponed with OPEC price hawks such as Algeria and Iran saying the Organization of the Petroleum Exporting Countries should be prepared to defend oil prices by cutting production.

But OPEC’s de facto leader Saudi Arabia has been arguing since the end of 2014 that oil prices should be determined by the market and OPEC should not cut output to make room for higher-cost producers.

However, since the last time the long-term strategy was debated and rejected by OPEC officials in May, the kingdom’s position has shifted and OPEC in September agreed to limit its supplies to boost prices – its first such decision since 2008.

With veteran Saudi oil minister Ali al-Naimi replaced by Khalid al-Falih, Saudi Arabia has signalled its willingness to return to managing the market and reducing production levels arguing that otherwise global investments could drop too steeply and cause a new super-spike in oil prices.

On Monday, four OPEC sources said the OPEC board of governors, which has been discussing an update of the long-term strategy since 2015, met in Vienna and approved the latest version.

“It’s approved,” one of the sources said, adding the meeting “went smoothly.”

“Yes, finally,” another source said, adding that only few changes had been made and that unlike in previous meetings when Saudi Arabia clashed with Iran, on Monday Riyadh managed to convince other countries without much of a struggle.

The board of governors discussed how member countries would view the role of the exporting group in coming years, OPEC sources said.

OPEC should not return to individual quotas and it should be more than a talking shop, the sources said, deflecting criticism of its refusal to intervene in the market two years ago when prices started falling sharply.

They agreed that it should return to its role of managing the market – which it has effectively abandoned since 2014 – and become more proactive in anticipating changes in demand and supply patterns, the sources said.

Executing real production cuts still remains a challenge for OPEC – on Friday its officials failed to reach a compromise after hours of talks amid objections by Iran.

But other OPEC officials including Secretary-General Mohammed Barkindo remain optimistic a final deal on supply cuts will be agreed when oil ministers meet next on Nov. 30.