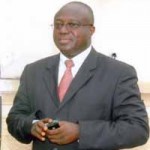 President Muhammadu Buhari on Thursday described the security and economic cooperation between Nigeria and Benin as very beneficial to both countries, noting that it should serve as a model for other countries.

In a statement release by the office of the Senior Special Assistant to President, Garba Shehu, while receiving the outgoing Ambassador of Benin to Nigeria, Mr Mouftaou Laleye, at the State House, Abuja, indicated that President Buhari promised to improve the historic relations between both countries on other key strategic areas for the benefit of their citizens.

The President said he was very pleased with people-to-people integration between Nigeria and Benin, adding that his administration will continue to pursue and promote friendly relations with neighbouring countries.

“I don’t take neighbourliness lightly, to promote mutual interests, both strategic and tactical, you have no option but to cultivate good relations with your neighbours.

“Our countries and our two peoples have no alternative but to remain close,” the President said.

He commended the outgoing ambassador for working hard to improve relations between the two countries in the past eight years, describing his long period of service in Nigeria as a mark of the confidence reposed on him by his country’s leaders.

In his remarks, Ambassador Laleye said that he succeeded in his mission in Nigeria because of the strong support he got from this country’s past and present leaders.

He commended President Buhari for stabilizing relations between Nigeria and Benin, a relationship he described as brotherly.

NEWER POSTONSA Cash: I Acted Under Badeh’s Instructions, Faleke Insists
OLDER POSTPresident Buhari to CAN: I will treat all Nigerians equitably