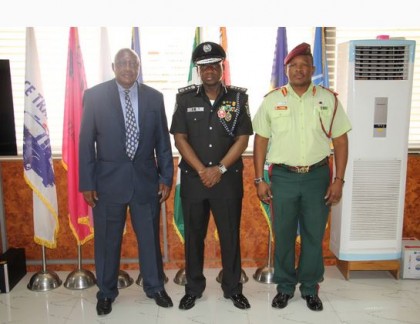 The IGP appreciated the visit by the envoys and expressed deep gratitude on the cordial relationships existing between Nigeria, the two countries and other African countries. He further solicited their co-operation and support in the fight against terrorism in the country. The IGP emphasized that information sharing plays a vital role in tackling Terrorism and other violent crimes.

The envoys congratulated the IGP on his well deserved appointment as the 19th indigenous Inspector-General of Police. They also commended and appreciated the efforts of the personnel of the Force in the fight against terrorism and extremism in the country. They assured the IGP of maximum co-operation in tackling the menace of terrorism and other serious crimes in Nigeria.