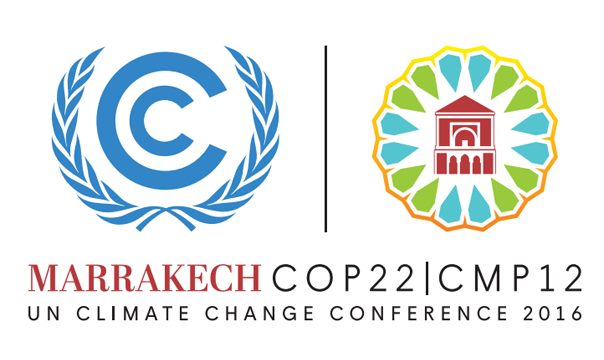 This was disclosed by the Directorate of Information and Communication of the African Union on Friday in a press release. ClimDev-Africa made the statement at the COP 22 2016 in Marrakesh, Morocco.

ClimDev-Africa, a joint programme of the African Union Commission (AUC), the United Nations Economic Commission for Africa (UNECA) and the African Development Bank (AfDB) presented components of the new business plan at a side event at the Africa Pavilion at COP 22 on 14 November 2016.

ECA Executive Director a.i, Abdalla Hamdok said the Programme had achieved “some spectacular successes” adding that “… despite the achievements of phase 1, there is an urgent need for the programme to address the continent’s changing landscape of climate change, within the overall regional and global development agenda.”

ClimDev-Africa Programme was launched in 2011 with the mandate to address the gaps in the observational records of past, current and future climate trends—gaps which African leaders and development partners recognized as major obstacles to integrating climate change into Africa’s development policy processes and strategies.

Since inception it has brought to bear the collective efforts of the three key African institutions to foster a common and coordinated response to climate change throughout the continent.

The programme operates in three main areas: Support for investments in the modernization of Africa’s climate observation infrastructure and capacities. The AfDB through the ClimDev Special Fund (CDSF) leads this component.

Analysis, packaging and delivery of climate information to relevant policy and decision making forums and processes, led by UNECA through the ACPC and.

Support for the development of appropriate climate response policies at national, regional and global levels led by the AUC through the Climate Change and Desertification Unit (CCDU).

The partners expressed appreciation for the financial support to the programme and invited continued partnership and encourage new alliances for phase 2.

“As we go into Phase 2, which I strongly believe will contribute immensely to ensuring that climate change becomes an integral component of our continent’s structural transformation and green industrialization agenda. We look forward to your continued support and partnership,” Hamdok said.

H.E. Rhoda Peace Tumusiime, AU Commission Commissioner for Rural Economy and Agriculture emphasized the continued need to provide climate information in policy making to improve adaptation and resilience on the continent. “Africa’s aspirations as enshrined in Agenda 2063, is to pursue a climate-conscious development with the aim of having an ‘environmentally sustainable and Climate resilience economies and communities’ However, to achieve this, African countries would need to have the human capacity and financial resources required to respond to climate change”, she underscored.

ALSO READ: Nigeria Will Be One Of The World’s Best Examples In Emissions Reduction

Alex Rugamba, AfDB Director for Energy, Environment and Climate Change said the new business plan enables the 3 partners “to walk on a new path with one vision and sense of strong complementarity.”

Today’s side event is a precursor to a formal launch of the programme, which is scheduled for December 15th in Addis Ababa, Ethiopia.