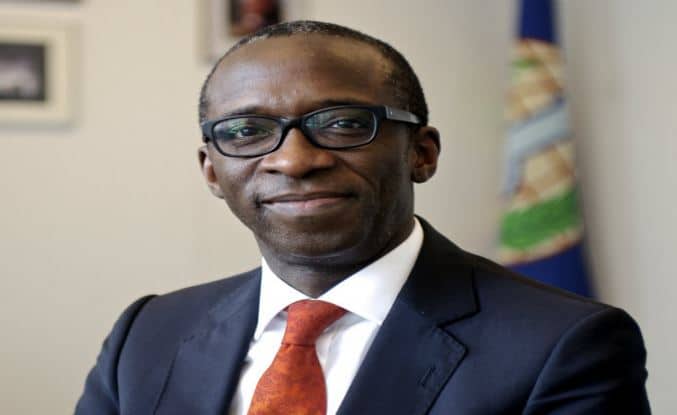 UN Secretary-General Ban Ki-moon has announced the appointment of  a Nigerian, Mr. Olufemi Elias, as Registrar of the International Residual Mechanism for Criminal Tribunals.

The appointment made public on Monday takes effect from Jan. 1, 2017.

Until his appointment, Elias he been serving as the Executive Secretary of the World Bank Administrative Tribunal since July 2016.

READ: Full Speech Of President Buhari At The 71st Session Of The United Nations General Assembly

Elias was the Legal Adviser and Director at the Organisation for the Prohibition of Chemical Weapons (OPCW) from 2013 to 2016.

He worked in legal positions at the UN Compensation Commission between 1998 and 2005.

Elias is an associate member of the Institut de Droit International.
A member of the Nigerian Bar Association (NBA), he holds a Ph.D from the University of London.

Ban expressed gratitude to Hocking for his service, including his instrumental role in setting up the Mechanism and overseeing the construction of its new premises in Arusha, United Republic of Tanzania.