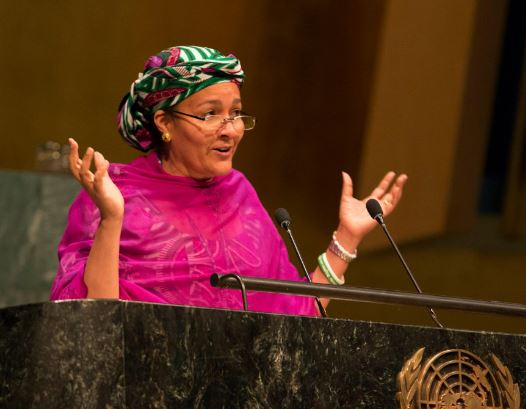 Nigeria’s Minister of Environment, Amina Mohammed will soon be confirmed as a Deputy Secretary General of the United Nations.

If confirmed, she would deputise for newly Elected Antonio Guterres who is set to take office as the UN scribe on January 1, 2016.

According to a tweet by Pamela Falk, CBS news reporter for the United Nations, the world body would soon release a statement confirming the appointment of the Buhari’s Minister.

Amina Mohammed is Minister of Environment of Nigeria, appointed on 11 November 2015. Previously, Amina Mohammed was a key player in the Post-2015 development process, serving as the Special Adviser to UN Secretary-General Ban Ki-Moon on Post-2015 development planning. In this role, she acted as the link between the Secretary-General, his High Level Panel of Eminent Persons (HLP), and the General Assembly’s Open Working Group (OWG), among other stakeholders.