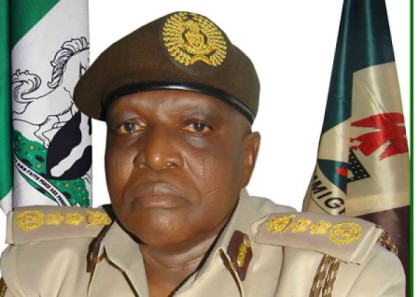 The Nigeria Immigration Service (NIS) has begun the use of Electronic Passenger Registration‎ System (e-PARS) to monitor and control activities of expatriates due to security threats in the country.

Mr Ekpedeme King, NIS Public Relations Officer, disclosed this in an interview with the News Agency of Nigeria (NAN) on Thursday in Abuja.

King said that the measure became expedient in view of the security situation in the country and the need to check activities of illegal immigrants and terrorists in the country.

He said that the Federal Government had approved the use of the e-PARS as part of efforts to check terrorism and in line with international best practice.

“The e-PARS is an electronic registration platform which allows NIS to capture data of expatriates that have entered Nigeria but are not captured under the Combined Expatriate Residence Permit and Aliens Card (CERPAC) residency scheme.

“The system provides for effective monitoring of expatriates/visitors right from arrival till they leave the country,” he said.

The NIS spokesperson said that the Comptroller-General (CG) of NIS, Mr Martin Abeshi, had ordered immigration officers at all entry points into the country, especially airports, to enforce the directive.

“The NIS CG had ordered officers to comply with the directive on e-PARS and also advised them to familiarize themselves with the International Civil Aviation Organization (ICAO) facilitation resolution,’’ he said.

He said that NIS was also deploying automated border control technologies to strategic international airports in the country to ensure proper security check and scrutiny of those entering the country.

He also warned expatriates to endeavor to renew their CERPAC and necessary documents accordingly before they expired or risk arrest, deportation or fine.

He said that the NIS was collaborating with organizations, such as banks, to ensure that only immigrants with valid documents were attended to while those with expired documents were arrested.

King gave assurance that NIS would also intensify its raids on hot spots where illegal immigrants had made their abode across the country.

He called on Nigerians to remain vigilant and report any immigrant involved in suspicious activity to the nearest security operative or NIS command. (NAN)