The ongoing repositioning of the nation’s internal security architecture by the Interior Minister has received greater impetus, with the renewed commitment by the European Union (EU), to assist in the modernization of Nigeria’s internal security. 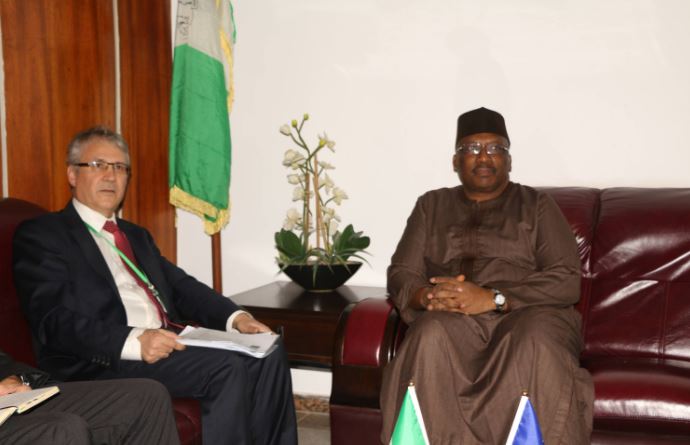 This was made known in a press release issued by the Press Secretary to Interior Minister, Osaigbovo Ehisienmen, on Thursday.

According to Ehisienmen, Mr. Richard Young who led the European Union delegation to the Interior Ministry, promised to partner with agencies under the Ministry to boost their capacity to deliver on their respective mandate.

Ehisienmen said the Minister also mentioned the renewed collaboration with countries contiguous to Nigeria, aimed at creating a conducive environment for economic growth.