Nigeria Bar Association Calls For Reforms In The Legal Structure 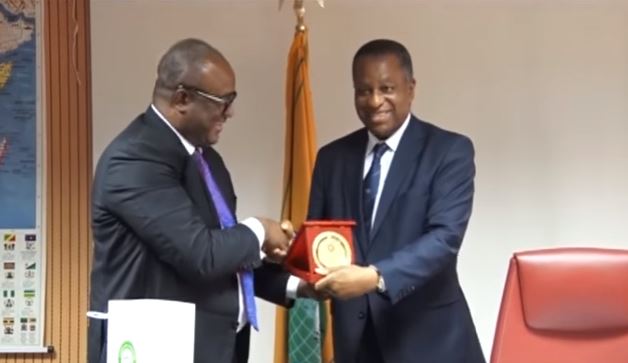 The President, Nigerian Bar Association (NBA), Augustine Alegeh says the legal structure in Nigeria needs to be reformed especially the rules of practice and proceedings in the court or law.

He said this when the delegates of the NBA paid a courtesy visited on the Minister of Foreign Affairs, Geoffrey Onyeama.

The President of the NBA believes that corruption is a problem that cuts across every strata of the society and must be dealt with if the country wants to progress.

He said Nigeria should take a cue from the judicial reforms in Kenya which was once highly corrupt but with reforms, Kenya’s judicial system is now one of the best in Africa.

The Minister of Foreign Affairs, Geoffrey Onyeama said one way Nigeria can stand shoulder to shoulder with other countries is to have a better judicial system as lawyers have a huge role to play in the economic development of the country.

NEWER POSTAny Abuse On Any Child Is An Injury To The Society – NOA
OLDER POSTINEC to deploy 2,338 Officials For Nasarawa, Kwara By-Elections