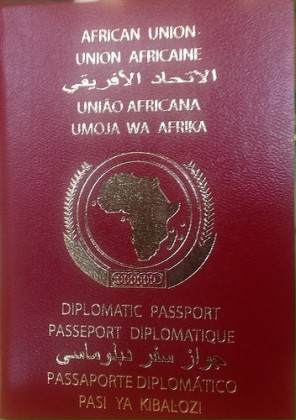 The Twenty seventh (27th) Ordinary Session of the African Union Assembly of Heads of State and Government kicked off on 17 July 2016 at the Kigali Convention Centre (KCC), Rwanda, with a strong call for unity and love for the continent.

The opening ceremony was marked by a symbolic act of Pan-Africanism with the launch of the African Union (AU) passport aimed at facilitating the free movement of people on the continent. H.E. Mr. Idriss Deby Itno, Chairperson of the AU and President of the Republic of Chad, and President Paul Kagame of the Republic of Rwanda received the first passports handed to them by the Chairperson of the AU Commission, H.E. Dr. Nkosazana Dlamini Zuma.

“I feel deeply and proudly a true son of Africa after receiving this passport”, said President Idriss Deby while stressing the importance of fast tracking integration on the continent to achieve socio-economic growth for the well being of the African citizens. 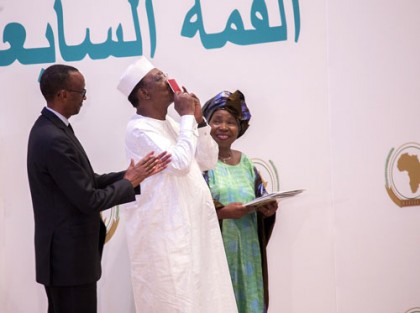 Another highlight of the Assembly was the decision taken during the Ministerial retreat, which took place on the 16 July 2016, underscoring the need for the Continent to fully finance itself as well as its peace and security missions, among others.

H.E. Mr. Idriss Deby articulated his profound gratitude to the Government of Rwanda for hosting the Summit. “Our Union is facing emergency issues on a daily basis. These issues require instant and effective mechanisms to address them”, President Deby highlighted. He underlined that it is on that realization that the AU Summit will focus during the “African Year of Human Rights with a particular focus on the Rights of Women”. He said the Summit will deal with this pertinent issue and exchange views so as to provide durable solutions for the continent.