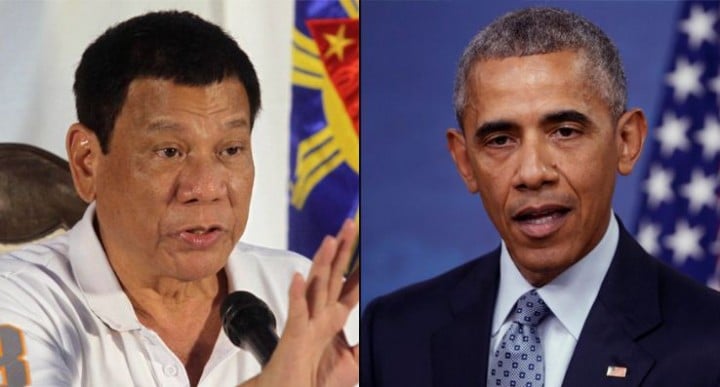 Duterte issued the statement expressing regret for his comments that appeared insulting to the US President.

“While the immediate cause was my strong comments to certain press questions that elicited concern and distress, we also regret it came across as a personal attack on the US president,” he said.

It also soured Obama’s last swing as president through a region he has tried to make a focus of U.S. foreign policy, a strategy widely seen as a response to China’s economic and military muscle-flexing.

Duterte has repeatedly defended his “war on drugs”, which has killed about 2,400 people since he took office two in June, and has received wide spread criticism.

He said on Monday that it would be “rude” for Obama to raise the question of human rights when they met.

Such a conversation, Duterte told reporters, would prompt him to curse at Obama, using a Filipino phrase “putang ina” which can mean “son of a bitch” or “son of a whore”.

Philippine President said he was looking forward to meeting Obama at a later date and to “ironing out differences arising out of national priorities and perceptions, and working in mutually responsible ways for both countries.”

However, diplomats say strains with longtime ally the Philippines could compound Washington’s difficulties in forging a united front with Southeast Asian partners on the geostrategic jostle with Beijing over the South China Sea.