China has expressed readiness to enhance its economic ties with Nigeria.

The Charge d’ Affaires of the Embassy of China in Nigeria, Mr Qin Jian made this known during the 67th anniversary celebration of the founding of the People’s Republic of China.

According to Mr Jian, the promotion of bilateral ties between both countries would upgrade the China-Nigeria strategic partnership to a new level.

Mr Jian who noted that 2016 marked forty five years of diplomatic ties with Nigeria said that China- Nigeria relations had achieved numerous gains which had taken the lead in its China- Africa relations. 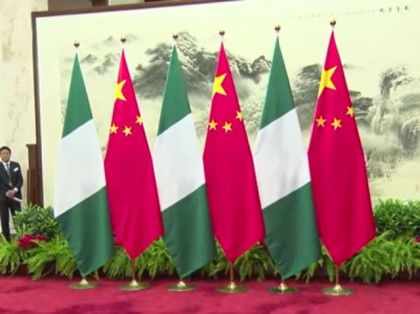 “At present, Nigeria is one of China’s main investment destinations in Africa. China has provided Nigeria with about four billion dollars of concessionary loans for the implementation of major projects of railway, roads, power plants, airport terminals and rice mills. China attaches great importance to our bilateral ties and China-Nigeria relations are standing at a new historical starting point and embracing unprecedented fast development opportunities,” he said.

The Charge d’ Affaires added that his country would work with Nigeria to deepen political mutual trust and cultural exchanges between both countriesOn her part, the Minister of State for Nigeria’s Foreign Affairs Ministry, Mrs Khadija Buka Ibrahim pledged Nigeria’s willingness to foster its diplomatic ties with China