Nigeria Extends Its Condolences To Israel 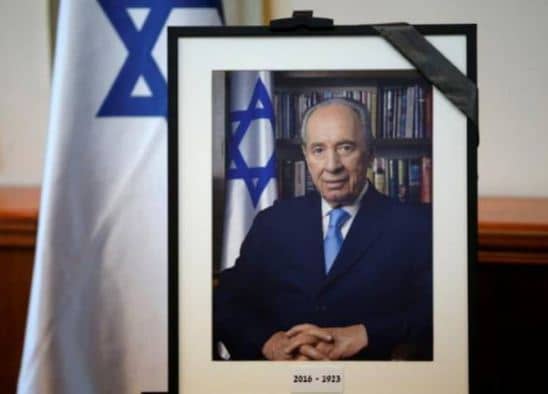 Nigeria has condoled Israel over the death of the country’s former President and Prime Minister, Shimon Peres.

President Muhammadu Buhari extended condolences of Nigeria and its people to Israel on Thursday.

President Buhari’s Special Adviser on Media and Publicity, Mr Femi Adesina, conveyed the message to the government and people of Israel on Thursday.

President Buhari said the deceased exhibited visionary leadership, voice of wisdom and unparalleled experience of diplomacy in the Middle East.
Peres, he said, would continue to resonate in the long search for peace in the region.

President Buhari said as a winner of the Nobel Peace Prize in 1994 alongside Yitzhak Rabin and Yasser Arafat, Peres demonstrated statesmanship and patriotism in signing the Oslo Accord and the subsequent treaties for a two-state solution.

He described the signing of the accord as “most quintessential and should be followed through so that the younger generations will inherit peace and harmony.’’

Buhari affirmed that Peres served “firmly, faithfully and dutifully in building a modern Israeli state, and also rose to the occasion when the world desperately needed a heart of love, magnanimity and understanding to heal the wounds of hostility in the region’’.

He said he joined the world in celebrating the warm memory of gentleness, goodness and kindness that Peres leaves behind for other leaders to emulate in serving their country and working for humanity.

He prayed that Almighty God would grant Peres eternal rest and comfort members of his family.