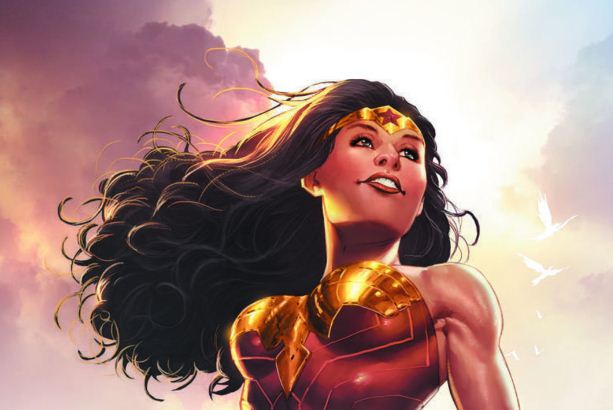 Wonder was not the feeling that struck many women upon hearing that comic character Wonder Woman was being made an honorary UN ambassador for the empowerment of women and girls – rage was more like it.

The appointment of the scantily-clad superhero, which came about following an original proposal by the owners of the Wonder Woman franchise, coupled with what many saw as the recent snubbing of women candidates for the top position of the UN, caused uproar among international women’s advocates and UN staffers.

“I initially thought it was a joke,” said Shazia Rafi, a former secretary general of Parliamentarians for Global Action, a global association of elected legislators from more than 100 countries.

“It almost felt like, no, you cannot have the top position in the organization, but here, you can have a cartoon.”

Guterres will be the ninth man in the UN’s 71-year history to hold the position, while no woman has ever served in the UN’s top job.

During Wonder Woman’s designation ceremony at UN headquarters on Friday, about fifty people, including UN staffers and diplomats, stood with their backs turned and fists raised in the air to protest the UN’s decision.

“We don’t feel represented by Wonder Woman,” Maria Rubiales de Chamorro, Nicaragua’s ambassador to the UN, told dpa after walking out of the ceremony. “We decided to come and protest.”

“We don’t think that a fictitious comic book character, wearing basically what looks like a Playboy bunny outfit is really the right message we need to send to girls or even boys – we think that is a toxic message,” said Cass DuRant, a UN staffer.

Rafi, who was a core member of the Woman SG campaign, which called for the election of a woman to lead the UN, said that women around the world were “baffled” by the designation of Wonder Woman.

“We’ve gotten beyond the point where we needed a muscled version of a Barbie in a bustier top and short-cut shorts to represent equality,” she told dpa. “Why should a cartoon represent any of us?”

An online petition by UN staff, which has been signed by almost 1,000 supporters by Friday, also called on Ban to reconsider the appointment and select a real-life woman instead of a “mascot.”

“The bottom line appears to be that the United Nations was unable to find a real life woman that would be able to champion the rights of ALL women on the issue of gender equality and the fight for their empowerment,” the petition said.

The UN has used fictional characters in the past to target wider audiences: the organization has joined forces with Angry Birds characters to promote climate action, while Winnie the Pooh has been named UN ambassador for friendship.

The current honorary designation marks the 75th anniversary of the creation of the Wonder Woman comics and comes ahead of the release of a new Wonder Woman movie in 2017 featuring actress Gal Gadot.

Gadot and actress Lynda Carter, who portrayed the character in a 1970s TV show, were present during the UN ceremony.

“All the doubters that don’t think it’s a good idea, stand up and be counted,” Carter said.

The UN has defended the campaign, whose theme is “Think of all the wonders we can do,” saying that Wonder Woman – “one of the most iconic female superheroes” – was meant to empower women and girls by uniting everyone through pop culture to fight for gender equality.

True, when Wonder Woman, an Amazon princess, appeared in 1941 as one of the first female superheroes, she was regarded as a feminist icon fighting for justice, peace and equality.

However, the character has come under criticism for being a hyper-sexualized representation of women mixed with frequent bondage imagery.

Cristina Gallach, the UN’s communications and public information chief, said she was “very much” aware of the backlash following the announcement of Wonder Woman’s designation adding that she has conducted international discussions with UN staff.

She also noted that the UN has worked with high profile women, including actresses Emma Watson and Charlize Theron, to spread messages of empowerment to women.

“Yes… we are going to designate a character, but we have many women – real women, real defenders of empowerment – that have been with us for years,” Gallach said.

Gallach said that DC Entertainment, the owner of the Wonder Woman franchise, pitched the idea of designating the character as an honorary UN ambassador, and the UN decided to go with the idea without considering alternatives for the appointment.

“The character appealed to us and definitely was a good idea that came from those that own the character and we didn’t say, ‘Okay, let’s look at ten more and see which one wins’,” Gallach said. “It was much more of a natural discussion process.”