Al-Shabab Bombs AU Base In Somalia 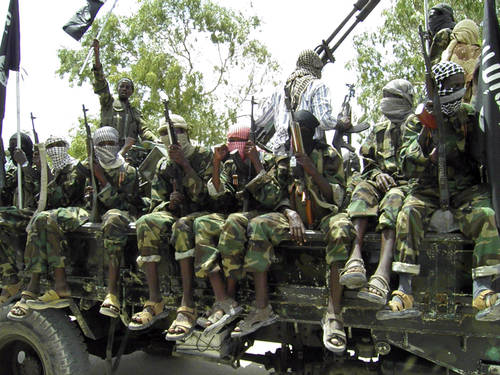 A suicide bomber connected to Al-Shabab has driven a vehicle loaded with explosives into an African Union Military Base in central Somalia.

According to a Somali security official, Tuesday’s attack in Beledweyne has been claimed by the Somali armed group Al-Shabab.

The suicide attack was said to have been targeted at the Djiboutian Military Base in western Beledweyne,”

A military offensive launched in 2014 by AU forces and the Somali Army pushed Al-Shabab out of major strategic centres.

Somalia has been embroiled in conflict and lawlessness since the early 1990s following the toppling of Mohamed Siad Barre.