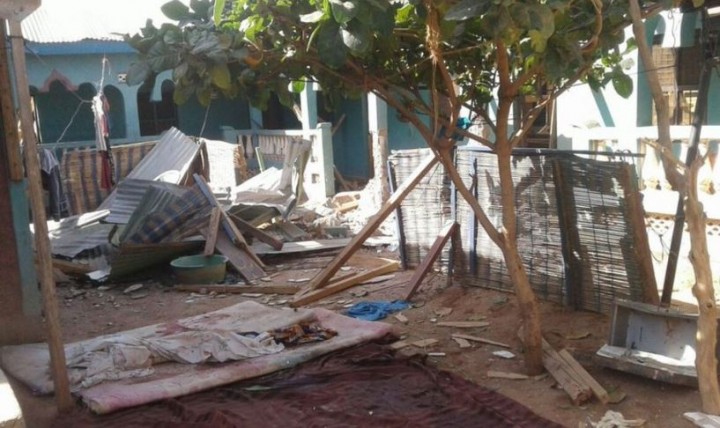 Veronica, a member of the pearls quality edutainment theatre group which has travelled to perform plays in schools in the north-eastern town of Mandera, Kenya. Little did the group know that the guesthouse they lodged in was the target for the Somalia-based militant Islamist Group Al-Shabab

The attack occurred in the early hours of the day, with explosions and gunshot heard loud around the Bishaaro Hotel where they lodged.

In the case of veronica, it was a miraculous survival as some of her teammates were not so lucky.

This is the fourth attack on the theatre group.

At least 12 people were killed which includes 2 of the 10-member theatre group.

Kenyan President Uhuru Kenyatta who cancelled his scheduled visit to Angola has called the attack “heinous”.

The attack is coming after the Al-Shabab group launched three attacks in a month in Somalia owing to the withdrawal of the African Union Peacekeepers in Somalia.

An Ethiopian contingent from the regional force abandoned the town of Halgan, leaving Al-Shabab free to claim its third town in less than a month. The militant group promptly announced its victory, pouring fresh doubt on the African Union and African Union Mission in Somalia effectiveness in the country.

After largely pushing the militant group out of Somalia’s major cities and towns, the mission has been largely overpowered since the second half of 2015.

Al-Shabab is affiliated to Al-Qaeda and has been at war with Kenya ever since Kenyan forces entered Somalia in October 2011 in an effort to crush them.

Kenyan troops are now part of the African Union Mission in Somalia.

The militants have lost control of most Somali towns and cities in recent years but still control rural areas in southern and central Somalia.