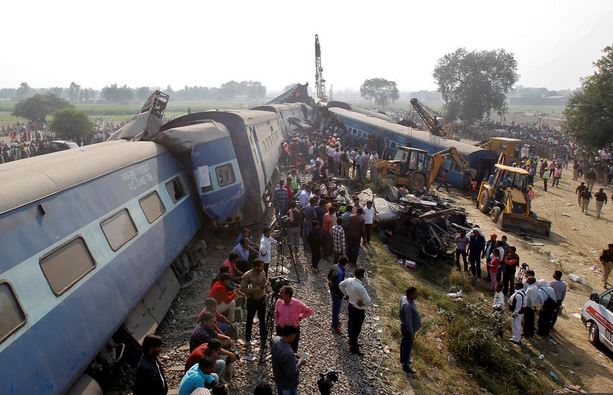 Senate President, Dr. Abubakar Bukola Saraki, on Monday, commiserated with the Indian Government and the bereaved families over the death of about 133 people (according to CNN reports) following a derailed passenger train in the Northern part of the country.

Saraki in a statement by his Special Adviser on Media and Publicity, Yusuph Olaniyonu, in Abuja, described the incident as unfortunate and painful considering the number of people reported dead or injured in the accident.

He prayed for the peaceful repose of the souls of those who lost their lives and speedy recovery for the injured victims.

“We stand with India at this hour of emergency as they work to ensure that the victims are promptly attended to and normalcy restored to the affected areas,” Saraki said.