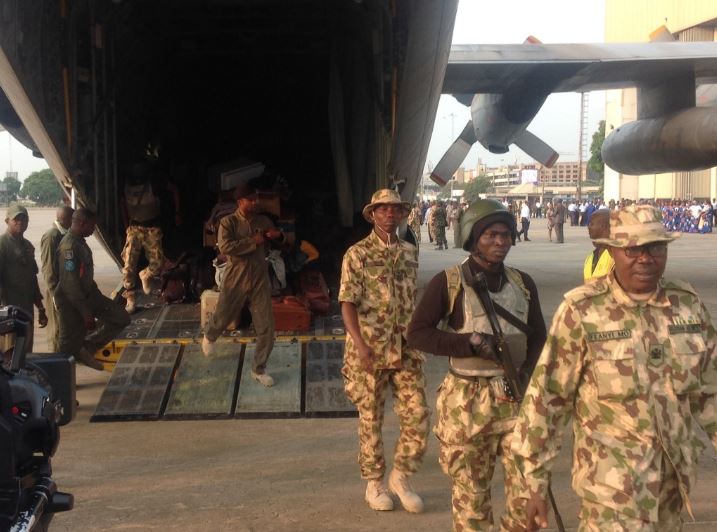 The Nigerian Air Force (NAF) officially reports the return from Dakar Senegal the contingent who went on ‘Operation Restore Democracy in Gambia’.

The Nigerian Air Force contingent who joined the ECOWAS force to oust the former President of the Gambia, Yahaya Jammeh who lost the seat of power to his opponent, Adama Barrow but refused to step down after he graciously conceded defeat even before the final results were announced.

He was elected as the President in 1996 after bloodless military coup in 1994 that took him to power before democracy was re-installed.

Jammeh was re-elected in 2001, 2006 and 2011 elections but 2016 election took a U-turn. There was widespread celebration of the result by the opposition, United Democratic Party (UDP), along with some caution over whether the transition would proceed without incident.

However, on 9 December, Jammeh announced that he was rejecting the results and called for a new election, sparking a constitutional crisis. Troops were deployed in Banjul, the capital city, and Serekunda, the country’s largest city.

The situation further escalated, despite extensive diplomatic efforts that included the personal involvement of several African heads of state, until a military intervention by armed forces from several nearby ECOWAS countries.

Finally, on 21 January, Jammeh left the Gambia for an ECOWAS-arranged exile, allowing the transition of power to take place.