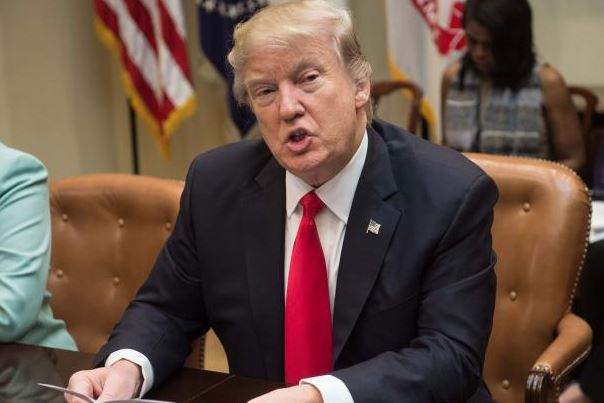 The United States on Friday ratcheted up pressure on Iran, putting sanctions on 13 individuals and 12 entities days after the White House put Tehran “on notice” over a ballistic missile test.

The move against Iran is the first by the U.S. government since President Donald Trump took office on Jan. 20 after vowing during his 2016 campaign to get tough on Tehran.

Under the sanctions, those involved cannot access the U.S. financial system or deal with U.S. companies. They are also subject to “secondary sanctions,” which means foreign companies and individuals are prohibited from dealing with them, or risk being blacklisted by the United States.

The measures are similar to actions taken by the Obama administration targeting Iran’s ballistic missile network, but senior Trump administration officials said the action was just the opening shot in plans to go after Tehran.

A senior U.S. administration said Friday’s sanctions were an “initial step” in response to Iran’s “provocative behavior,” suggesting more could follow if Tehran does not curb its ballistic missile program and continues support for Houthi militia in Yemen.

The U.S. moved a Navy destroyer, the USS Cole, close to the Bab al-Mandab Strait off the coast of Yemen to protect waterways.

The U.S. Treasury, which listed the individuals and entities affected on its website, said the sanctions were “fully consistent” with U.S. commitments under the nuclear deal clinched between Tehran and six major world powers in 2015, known as the Joint Comprehensive Plan of Action, or JCPOA.

Some of the entities involved are based in the United Arab Emirates, Lebanon and China.

The new designations stuck to areas that remain under sanctions even with the 2015 nuclear deal in place, such as the Islamic Revolutionary Guards Corps (IRGC) and Iran’s ballistic missile program.

The corps is an elite military body that is also powerful in Iranian politics and the economy.