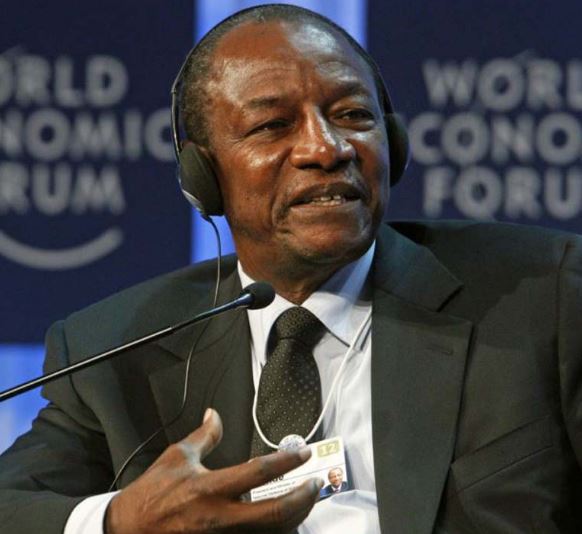 According to the Special Adviser to the President  on Media & Publicity, Femi Adesina, President Conde, said he was calling on behalf of leaders of member countries of the AU, assured the Nigerian President that all African leaders stand with him in prayers at a time like this.

President Buhari, while thanking President Conde for the telephone call, used the opportunity to congratulate him on his recent election as AU Chairperson during the 28th Ordinary Summit of the continental body in Addis Ababa, Ethiopia in January 2017.

READ: Readout of the US President’s Call with PMB of Nigeria

The Nigerian President, who could not attend the AU Summit, wished his Guinean counterpart a successful tenure.

In February, United States President, Donald Trump spoke with President Buhari, discussed the strong cooperation between the United States and Nigeria, including on shared security, economic, and governance priorities.

Also on Wednesday, 2 March, King Mohammed VI of Morocco had a telephone conversation with the President in London, where the Nigerian president is on vacation.