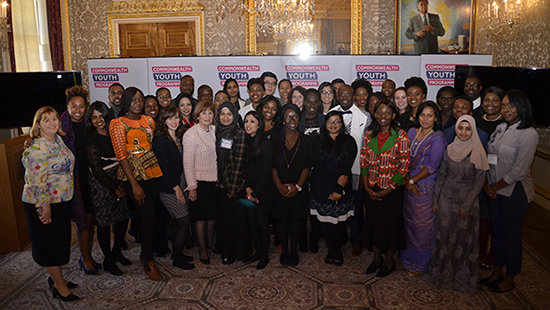 Young women across the Commonwealth are set to benefit from a new initiative to help them acquire critical life skills and to progress in their careers.

The Commonwealth Women’s Mentorship Scheme will match aspiring young people with experienced professionals in their fields.

The project was conceptualised at the Commonwealth Women Leaders’ Summit in 2016, and endorsed by Commonwealth Ministers responsible for women’s affairs at their meeting in Samoa later the same year.

At the scheme’s launch in London this week, Baleka Mbete, Speaker for the National Assembly of South Africa, urged young people to be humble and open to guidance. She extolled the benefits of mentorship and its importance in passing on values and lessons from generation to generation.

Commonwealth Young Person of the Year, Krystle Reid from Sri Lanka, spoke about the importance of having someone to help young women to network, achieve personal and professional development and rise above discrimination.

“Look for a mentor who will hold your hands all through your journey, who is accessible, who understands what your priorities are, and is able to guide you and keep you energised, especially when you have bumps in the road,” said Commonwealth Deputy Secretary-General Dr Josephine Ojiambo.

After the launch she described the initiative as a critical part of the Commonwealth’s drive to empower young women.

Dr Ojiambo said, “The Global Youth Development Index provides clear evidence of the dire need to equalise the gender disparity that exists across the Commonwealth. Young women are, on average, twice as likely to be not in education, employment, or training as their male peers. Addressing these inequalities is a priority for the Commonwealth Secretariat.”

The mentoring project will begin with a six-month pilot in the Caribbean and the Americas, but will include a small number of participants from Africa, Europe, Asia and the Pacific. It is open to Commonwealth citizens between 18 and 29 who have demonstrated leadership and drive in their careers or in community projects.

Commenting on the programme, organiser Angelique Pouponneau, Vice Chair of the Commonwealth Youth Council, said that mentorship is essential for boosting the economic position of women. “As a young woman myself, I understand the importance of having someone to provide guidance and advice and to support you in building the character and confidence it takes to become a strong leader and to progress in your career.

“The mentorship programme has been designed to ensure that we draw from the wealth of people within the Commonwealth who are willing to commit their time and experience to achieving the Sustainable Development Goals.”

Dean Rohrs, Rotary International Director in Canada, added: “The rights of women for equal opportunity and the ability for them to realise their full potential is very important to Canadians. Rotarians in Canada are delighted to have been asked to be part of this programme and look forward to helping with this important Commonwealth initiative where the mentoring of young women will help them be full contributing citizens of the world.”