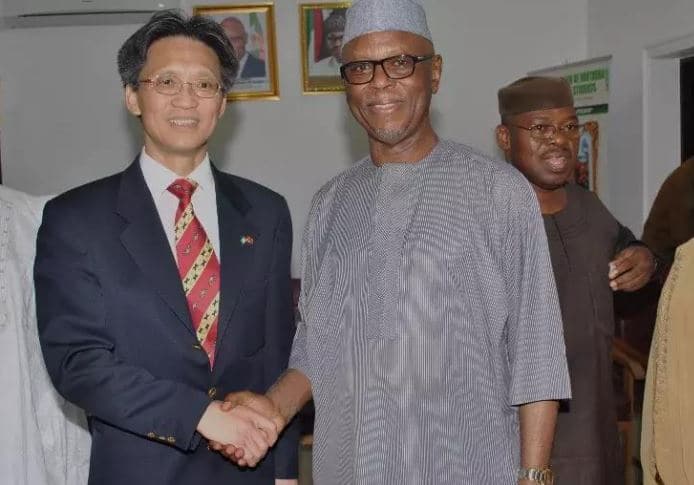 The Chinese Ambassador to Nigeria, Pingjia has met with the National Chairman of the All Progressives Congress APC Chief John Odigie Oyegun requesting the party’s support in ensuring Nigeria’s full execution of the one China policy between both countries.

Nigeria was one of the twenty three countries which supported the United Nations Assembly’s vote to admit the People‘s Republic of China.

The APC’s national chairman in his response promised to take the message of the Chinese Ambassador to the appropriate quarters.

Meanwhile, more drama continues to play out in the PDP leadership crisis as states chapters have been functionalized with two separate groups claiming leadership in the state and the FCT.

This is coming as the Bayelsa State Governor Dickson’s national reconciliation committee of the party reaches out to the Ahmed Makarfi group with its recommendations for peace in the PDP owing to pressure to do so.

NEWER POSTLIFESTYLE: The One Thing That Could Stop You From Achieving Those Goals
OLDER POSTAbuja Master Plan Caters For Armed Forces. – FCT Minister, Musa Bello