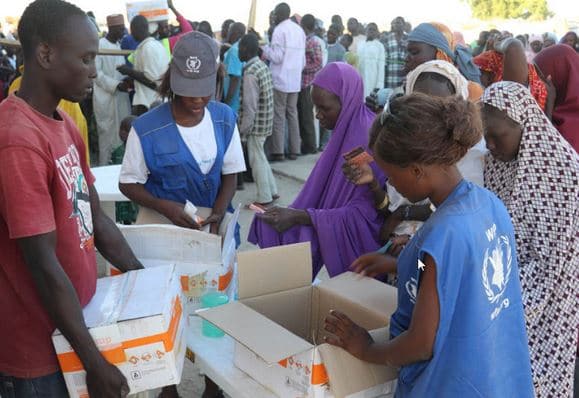 The World Health Organisation (WHO) says the Government of Japan has contributed $903,000 to assist the organisation in its Emergency Programme in the crisis-affected North-East Nigeria.

Dr Wondimagegnehu Alemu, the WHO Country Representative in Nigeria, in a statement in Abuja on Thursday, said the contribution would benefit more than 400,000 women, men and children in the region.

He said as at March 2017, the on-going conflict in the region and the neighbouring regions of Cameroon, Chad and Niger has left over 10 million people displaced with 1.7 million internally displaced in Nigeria.

According to him, approximately 155,000 Nigerians are refugees; the conflict has also resulted in massive destruction of basic infrastructure, health and educational facilities, commercial buildings, private houses and agricultural assets.

“This assistance from Japan is part of its commitment of a grant aid of USD 53,630,350 for ‘non-military’ assistance for North-East Nigeria and the Lake Chad region.

“It made the pledge on Feb. 23 and 24, 2017, at the Oslo Humanitarian Conference on North-East Nigeria and Lake Chad Region in response to one of the world’s largest humanitarian crisis,” Alemu said.

He called for continued support from the donor community in order to ensure access to health services and to avoid outbreak of diseases.

He said the organisation had declared the humanitarian crisis in Nigeria a Grade 3 emergency in August 2016 in accordance with the standard Inter-Agency Standing Committee (IASC) criteria.