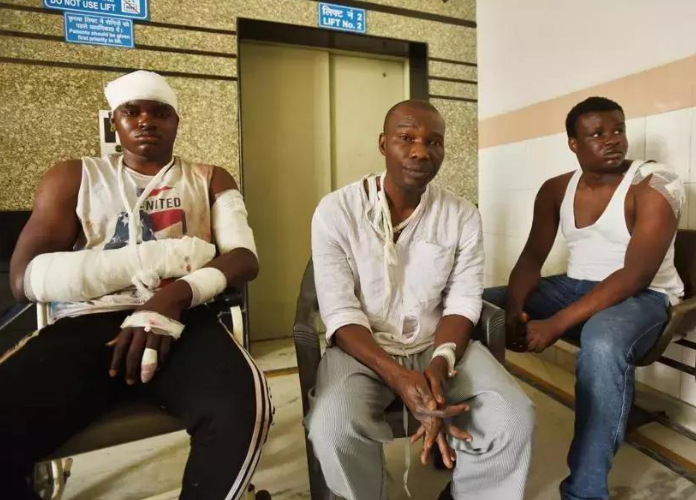 African envoys in Delhi on Monday called the recent mob attacks on some Nigerian students near the national capital as “racial” and “xenophobic acts”.

In a statement, the heads of African missions slammed the Indian government for failing to adequately condemn the violent incident.

“No known, sufficient and visible deterring measures were taken” by the Indian government.

“These reprehensible events, both outstanding and unresolved cases against Africans, were not sufficiently condemned by the Indian authorities,” the group said.

It has agreed to “call for an independent investigation by the Human Rights Council as well as other human rights bodies”.

The mob attack on the Nigerian students took place on March 27 and it coincided with a protest that was organised by online groups who blamed the unexplained death of a teenage student on the African community.

The protesters had alleged that the student, identified as Manish Khari, was supplied drugs by Africans who live in the area.

India has described the attack on Nigerian students as “deplorable” and said it is committed to ensuring the safety and security of all foreigners in this country.

“People from Africa, including students and youth, remain our valued partners,” the External Affairs Ministry has said.

The police had said that some seven people have been arrested in connection with the mob attack so far, adding that efforts are on to arrest the other suspects.

Attacks on Africans in and around Delhi is not uncommon.

In 2016, several Nigerians were beaten up in Delhi’s Chhatarpur area.