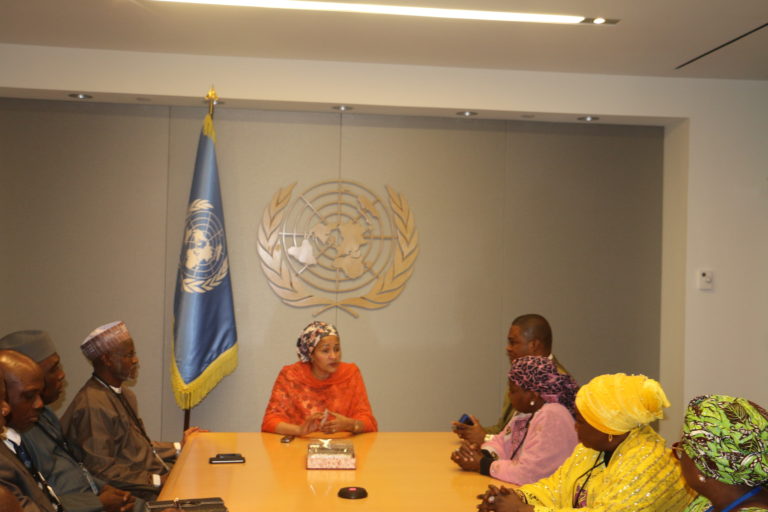 Deputy Secretary-General, Ms Amina Mohammed, has  tasked the Federal Government on the need to promptly begin preparations for the next population census.

Mohammed gave the advice when Dr Ghaji Bello, Director-General of NPC , who led Nigeria’s delegates at the 50th session of the UN Commission on Population and Development on a visit in New York.

Mohammed said: “we will reiterate to the government how important it is to have the census in a periodic manner, in which it should happen.

“It is an expensive endeavour, so it requires partnership.

“We will also look to push to see where the resources are and what is happening.

“Fortunately, today, it is not like the years ago that we took the census, there is technology,’’ she said.

The UN deputy scribe also emphasised the importance of the population census to generate accurate data for planning and development purposes.

“There are lot more people who see the value of data and statistics because it is for planning, it is for investment.

“If you can’t make the case, then people will not bring the resources that are required.

“When you are talking about census, also make sure this census gets us everything that we need, in terms of the technology and the support for building the basis for continuing.’’

Earlier, Bello called for the support of the UN for capacity building for statistical institutions to produce quality data for the implementation of the Sustainable Development Goals (SDGs).

“We also wish to enlist your support so that the commission can provide sustainable structures with modern technology for civil registration and vital statistics,” he said.

The director-general explained that Nigeria had never deployed technology in previous census but that NPC would take advantage of it in the next exercise through the use of biometrics.

“That will put to rest, the issue of whether people are counting donkeys or fishes or horses or cows or trees.

“This is because once you use technology, you can almost have 99 per cent correct.

“We also want to leverage on your position to assist Nigeria mobilising the international community to support Nigeria in the implementation of the next census.

“But we need to get the government to start the process’’.

Bello enlisted the support of Mohammed on the importance of conducting the next census immediate, to provide funding for all the preparatory activities.

He said that a population census conducted by the President Muhammadu Buhari’s administration will receive international credibility,   has said.

“We believe that if it (population census) is conducted under this government, that there will be a lot of international credibility for the exercise.

“This is given the credible personality of the president that is at the helms of affairs presently.

The Spokesperson, Permanent Mission of Nigeria to the UN, Bolaji Akinremi, had earlier expressed the pride and honour of Nigeria to have Mohammed as the UN Deputy Chief.