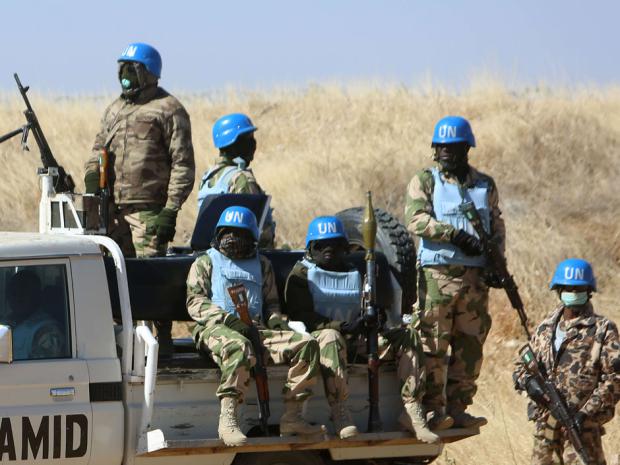 Nigeria has been re-elected, for the 45th time, to chair the UN Special Committee on Peacekeeping Operations, regarded as UN’s most strategic committee, the News Agency of Nigeria (NAN) reports.

The UN Correspondent of NAN reports that Nigeria was re-elected in spite of some hesitations by some countries to let Nigeria continue to lead the most critical committee.

Nigeria has chaired the special committee on peacekeeping operations from 1972 till date.

Over the years, some Member States have covertly expressed their reservations over the rare honour accorded to Nigeria, especially in view of its declining participation in UN peacekeeping operations.

The election was conducted by the Under-Secretary-General for the Department of Peacekeeping Operations, Mr Herve Ladsous and the Chef de Cabinet of the UN Secretary-General, Ms Maria Viotti.

Nigeria was elected by acclamation.

NAN reports that Nigeria is the 14th largest troops contributing nation to UN Peacekeeping operations and eighth in Africa, according to the last data published by the UN Peacekeeping Department.

UN Secretary-General Antonio Guterres, after the election, congratulated Nigeria on its re-election as well as other members of the committee.

“I offer best wishes to all the members of the Committee as you identify a way forward at this critical time for international peace and security.

“Peacekeeping is a partnership in which  Member States deploy their political will, financial resources, military and police capabilities.

“Above all, Member States put the lives of their citizens on the line to transform conflict into sustainable peace,” Guterres, represented by  Viotti, said.

“As the nature of conflict changes and we face new challenges such as asymmetric threats, transnational crime and the expanding reach of terrorists and extremists, the structures and practices designed even 10 years ago are not always keeping pace.

“The United Nations has to be more nimble, pragmatic and flexible in its ability to plan, launch and manage a more diverse range of operations,” the Secretary-General added.

He urged the committee to consider carefully the recommendation of the 2015 peace and security review, echoed in Security Council resolution 2242, to surpass the current three per cent participation of women peacekeepers.

On his part, Ladsous, the Under-Secretary-General for Peacekeeping Operations, stressed the need to adapt peacekeeping operations to the changing global context.

After the re-election, Nigeria introduced two new paragraphs for adoption into the 2017 report.

The first was on the impact of illicit financial flows on resource mobilization and sustainable development, with a call for a return of proceeds of such flows to their countries of origin.

The second took note of the Donald Kaberuka report on potions for funding AU peace support operations authorized by the Security Council.

The two texts were adopted alongside other major recommendations.

The Special Committee was established by General Assembly resolution 2006 (XIX) of Feb. 18, 1965, to conduct a comprehensive review of all issues relating to peacekeeping.

It is comprises 147 Member States, mostly past or current contributors to peacekeeping operations, while 14 other Member States, intergovernmental organizations and entities, including AU and Interpol are observers. (NAN)