Kallon made the remarks while unveiling the 2016 Human Develop 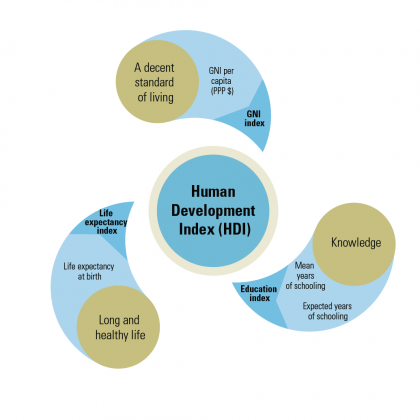 ment Report in Abuja and described the increase as encouraging given the humanitarian challenges and the economic recession witnessed in 2016 in Nigeria.

He therefore called for an urgent need to design policies and programmes to ensure that the upward trend in human development is not reversed.

The resident representative said the 2016 Report, titled “Human Development for Everyone’’ is apt, stressing that it resonates with the central theme of Agenda 2030 and the Sustainable Development Goals (SDGs).

“The Human Development Index is ranked as one of the most reliable measures of development and wellbeing.

“It goes beyond the traditional monetary measures of wellbeing to examine whether people, beyond having adequate incomes, do live long and healthy lives; and have access to the information they need,’’ he said.

He added that the reports continue to shape policy interventions and public debate around many development issues affecting millions of people in the country.

He said the launch of 2016 report takes place at an interesting moment in time.

He said it is a moment in time defined by unprecedented challenges and at the same time a growing sense of hope and optimism for Africa’s emergence.

“Global under five mortality rate was more than halved between 1990 and 2015, with the steepest decline being registered in sub-Sahara Africa and extended life expectancy by some six years,’’ he said.

Kallon said increasing insecurity and economic downturn that is currently face many countries in the region; Nigeria included, may yet pose further problems for the region’s efforts to improve human development.

He added that some countries such as the Central Africa Republic and South Sudan have experienced declines in human development over the past five years primarily due to persistent crises and conflicts.

According to him, addressing the twin problems of economic recession and humanitarian crisis in Nigeria calls for tough policy choices.

“We should utilise the opportunity provided by the national launch of this report to promote policy dialogue, at all levels of governance, to enrich on-going programmes aimed at implementing the Economic Recovery and Growth Plan.

“UNDP remains committed to supporting both the Federal and State Governments in implementing programmes addressing the simultaneous eradication of poverty and significant reduction of inequalities and exclusion in Nigeria,’’ he said. (NAN)