The Conference of Africa Ministers of Tourism has unanimously endorsed Nigeria to host the 61st meeting of the United Nations World Tourism Organisation (UNWTO) Commission for Africa in 2018. 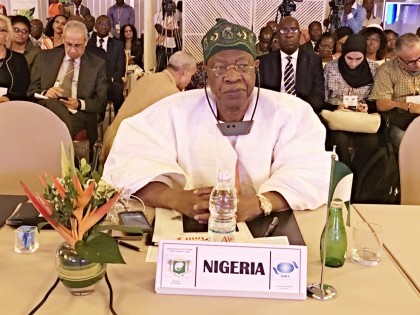 The endorsement was granted on Wednesday in Addis Ababa, Ethiopia at the on-going conference of the global body and a High Level Meeting on Chinese Outbound Tourism in Africa.

The News Agency of Nigeria (NAN) reports the Minister of Information and Culture, Alhaji Lai Mohammed is leading the Federal Government delegation at the conference.

NAN reports that the endorsement was sequel to a presentation by the minister on behalf of the Federal Government to host the conference.

“It is with all humility that I table before you the bid to host the 61st CAF meeting in Abuja, Nigeria in 2018.

“As you may be aware, we are country of about 200 million people rich in cultural heritage, in colours dances, music, languages.

“Our hosting of 61st session of CAF will present us the opportunity and platform to showcase once again our rich cultural heritage and to promote our country as a leisure and tourists destination.

“In addition it will showcase government commitment to developing the tourism sector as an alternative source of revenue especially given the global downturn in commodities,’’ he said.

The minister also told the gathering that the country has a robust movie industry, Nollywood, and it is the third in the world behind Hollywood and Bollywood.

He recalled that Nigeria in 1977 hosted the Second World Black and African Festival of Arts (FESTAC ) and 2017 marks its 40th anniversary.

NAN reports that a six-minute documentary was presented on the rich cultural heritage, diversity, hospitality, music, films as well as natural endowment of the country to persuade the conference to grant the hosting right.

Responding after the presentation, Dr. Walter Nzembi, the Chairperson, UNWTO Regional Commission for Africa and Zimbabwean Minister of Tourism and Hospitality Industry asked the conference to put the request to test.

According to procedure,“when a member state offers its destination for the host of the next CAF, we all put that request to a test.

“ Do I take your applause of the minister’s presentation to mean your approval of Nigeria as next destination call?,’’ he asked.

NAN reports that the request was followed by a resounding applause by the conference.

Earlier Nzembi had announced that the 60th session of the conference would be hosted by China in October,

He added that the request by Gambia to host the 62nd conference after Nigeria would be considered at the next meeting of the global gathering. (NAN)