inno.korieJune 12, 2017 5:27 pm 0
Senate President, Dr. Abubakar Bukola Saraki, has pledged the commitment of the 8th Senate  to work with the International Labour Organization (ILO) to eliminate all forms of Child Labour in the country. 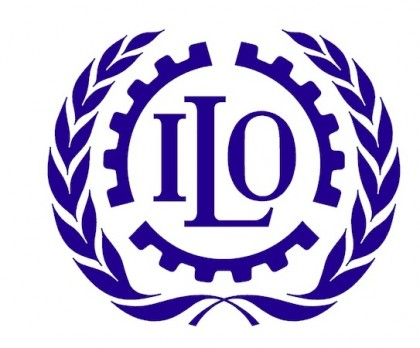 Saraki, who spoke in Abuja, when the Country Director of the ILO, Dennis Zulu, visited him as part of activities to mark the World Day Against Child Labour, reassured the ILO Director that the “Senate assigns particular importance to the fight against child labor.”
In a statement by his Special Assistant on Print Media, Chuks Okocha, the Senate President commended the United Nations (UN) for its fight against child labour and said “we all must do more to eliminate the use of children for forced labour.”
He noted that the overall lack of advocacy limited greater understanding about the issue.  For this reason, he said he hosted a Children’s Day roundtable discussion with States Assembly on the Child’s Rights Act of 2003 to “raise awareness about our obligation to defend the rights of children.”
“As you are aware, some States are yet to domesticate it, and we made some commitment to them. Hoping that the States that are left, will work hard to see that before the next Children’s Day, they will see that this Act is domesticated in their States.
“It is important to promote universal basic education, to support the National Child Labor Policy and the National Action Plan the ILO developed with the Federal Government,” he said.
He further reiterated the importance of working with the government to support these policies through legislation.
“I have a strong record in support of the Child’s Rights Act, the Violence Against Persons Prohibition Act (VAPP) and child labor rights,” said Saraki.  “The Senate intends to work closely with ILO as a partner to combat child labor.  By the next World Day Against Child Labour, we should see more progress in this area.”
Saraki added: “This 8th Senate is very committed to issues of Child’s Rights, violence against children and Child labour. I hope that we will be able to work closely together in these areas and I will like you to leave here with the assurances that we are  your partners.”
Earlier, the leader of the delegation who is also the Country Director of ILO in Nigeria,  Dennis Zulu, lamented that Nigeria “does not have recent statistics on the prevalence of child labor.”  The last survey from 2003 estimated that more than 15 million children are engaged in economic activities and about 6.1 million classified as child laborers.
He appealed to the Senate President to help in ensuring  the passage of  a harmonised legislation against child labour in Nigeria.
The ILO Country Director lamented that there are inconsistencies between the minimum age requirement for children to work in Nigeria when compared with the National Agency for Prevention of Trafficking in Persons (NAPTIP) Act from the Labour Act.
He also complained about weak enforcement of legislation on child labour in the country and poor coordination among the different Ministries,  Departments and Agencies of Government dealing with the issues of children.
The ILO representative therefore appealed to the Senate President to help facilitate a programme to coordinate and ease child labour issues in Nigeria as it is done in other African countries.