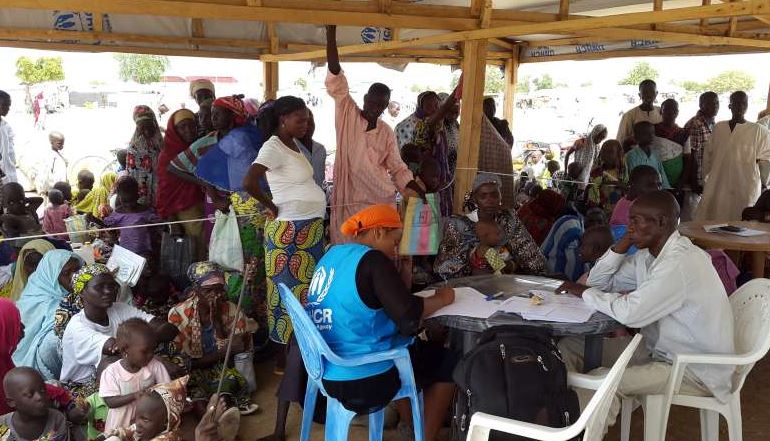 The UN Deputy Secretary-General, Ms Amina Mohammed, has commended Cameroon for its generosity towards the Nigerian refugees who fled to the country to escape the destructive activities of Boko Haram terrorists.

Mohammed gave the commendation during a meeting with Cameroon’s delegation led by Prof. Paul Ghogomu, Director of Cabinet of the Prime Minister of the Republic of Cameroon, a readout from the meeting, stated.

“The Deputy Secretary-General commended Cameroon for its generosity towards refugees from Central African Republic and Nigeria.

“She conveyed that the United Nations looks forward to working with Cameroon, Nigeria and Chad to reintegrate those affected, especially women, youth and children.

Mohammed and Ghogomu also discussed the situation in the Bakassi Peninsula and the fight against Boko Haram as well as the 2030 Agenda and the UN development system reform.

They similarly discussed the internal situation in the Republic of Cameroon, particularly in the Anglophone regions.

The UN deputy scribe welcomed the efforts being undertaken by the Cameroonian government to de-escalate tensions and highlighted the importance of further confidence building measures.

These measures include ensuring that justice is given to all and that human rights are upheld and respected, and noting that those responsible for rule of law are to be held to a higher standard.

Mohammed also reiterated the willingness of the UN to assist, through the good offices of the Special Representative of the Secretary-General for Central Africa and Head of the UN Regional Office for Central Africa, Mr François Fall, and the UN country team.

According to the deputy Secretary-General, the UN will support include efforts to address the outstanding root causes of the tensions in the affected regions.