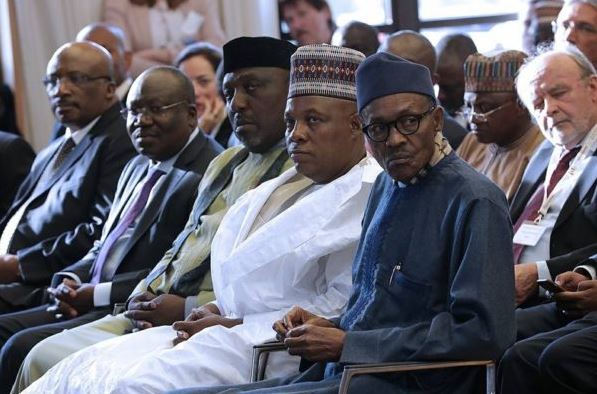 Governor Kashim Shettima of Borno said that President Muhammadu Buhari’s appeal to the World Bank was to address economic rebuilding and humanitarian crisis in the North-East.

Shettima said while reacting to reports alleging that the president called on the World Bank to focus its interventions to the northern region.

A statement signed by Isa Gusau, the governor’s Special Adviser, Communication and Media Strategy on Friday in Maiduguri, said the presidential appeal was aimed at addressing the destruction by the insurgency in the region.

“The request was made by the President in the open and everyone thought it was the right thing. States in the northeast like Borno have been working with the World Bank, putting all the collaborative machinery in place.

“We have series of follow-ups and the media has been covering all the steps including my visit to the World Bank in Abuja a few months ago.

“The whole thing is in the open and we believe the objectives of the President will be actualised so as to go forward,” the statement quoted Shettima as saying.

Shettima said that he and four other governors attended a meeting in Washington DC in July 2015, when the president called on the bank to support the rebuilding of the northeast region.

The governor noted that the president categorically requested the bank to accord priority to North-East and not the entire northern region.

“Sequel to the request, the World Bank in collaboration with the European Union (EU) and the office of the Vice President, had in 2016 organized a Recovery and Peace Building Assessment (RPBA) report on the six states affected by the Boko Haram attack in North-East.

“The destruction inflicted by Boko Haram in the northeast, Borno alone suffered destruction worth 6 billion dollars and this figure was the product of President Muhammadu Buhari’s request from the World Bank.

“The World Bank championed the RPBA report on the six states of the northeast with the participation of the European Union and the office of the Vice President.

“The bank became involved after President Buhari made the request to support the rebuilding of the northeast.

“The meeting between President Buhari and the bank in Washington DC which took place in July 2015, few weeks after the President’s swearing-in, was attended by their Excellencies, Governors Adams Oshiomhole (former governor of Edo) from the South-South and Rochas Okorocha from the South-East.

“Others are Abiola Ajimobi from the South-West, Tanko Al-Makura from the North- Central, myself from the northeast, the Late Prof. Adefuye and the Permanent Secretary, Federal Ministry of Foreign Affairs, Ambassador Bulus Lolo”.