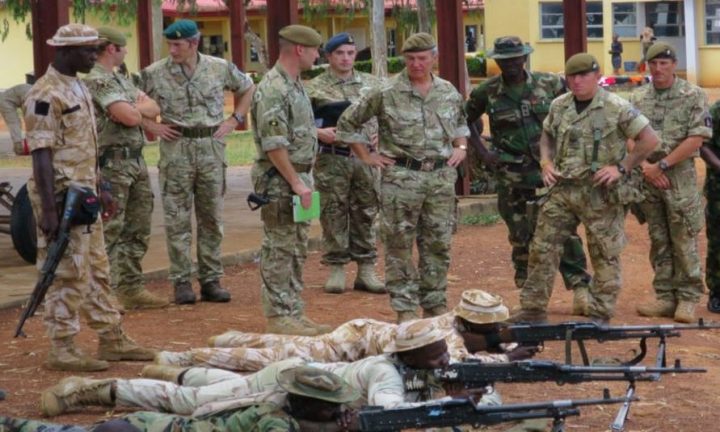 The British Government said its army trained no fewer than 22,000 Nigerian army personnel in 2016.

Lord Ahmad of Wimbledon, UK Minister of State for the United Nations, stated this at the Security Council briefing on the Group of five (G5) Sahel Joint Force.

“We have invested over six million dollars in tackling modern slavery, and $2.5 million in a Joint Border task force with the Nigerian Army.

He added that “we all have a role to play in addressing these challenges.

“The United Kingdom has supported projects across the Sahel and the wider region, particularly in Nigeria and the Lake Chad Basin”.

He said across the Sahel, the UK spent over 225 million dollars on humanitarian and development projects last year, and we are providing human rights training to Malian troops through the EU Training Mission in Mali.

“Our National Crime Agency recently dismantled two people-smuggling rings in Mali.  And we stand ready to do more to support the G5 countries, and their allies, to improve the security situation.”

He said the creation of the G5 Sahel Joint Force is a step forward in countering terrorism and illegal migration.

“We were pleased that this Council offered its political support to the mission earlier this year.

“For our part, the United Kingdom is currently undertaking a scoping mission to see what more we can do in the Sahel, including potential bilateral support to the G5 Sahel Joint Force,” he said.

He regretted that in the last 12 months, there had been a continuing stream of deadly terrorist attacks resulting in the tragic loss of innocent lives.

He regretted an increase in attacks against the UN Multidimensional Integrated Stabilisation Mission in Mali forces, and the ongoing corrosive influence of organised criminals trafficking weapons, drugs, and people across the region.

He also pointed out the desperate journey of migrants, so often intercepted by people traffickers seeking to exploit them.

“During the recent Security Council visit, all Council members saw the serious challenges facing the countries of the Sahel.

“Those challenges represent a serious danger to the people of the region, and to partners and allies who are working to support them.

“I want to begin by offering my condolences to all of those so tragically killed, including most recently three UN peacekeepers from Chad in northern Mali on Thursday,” he said.