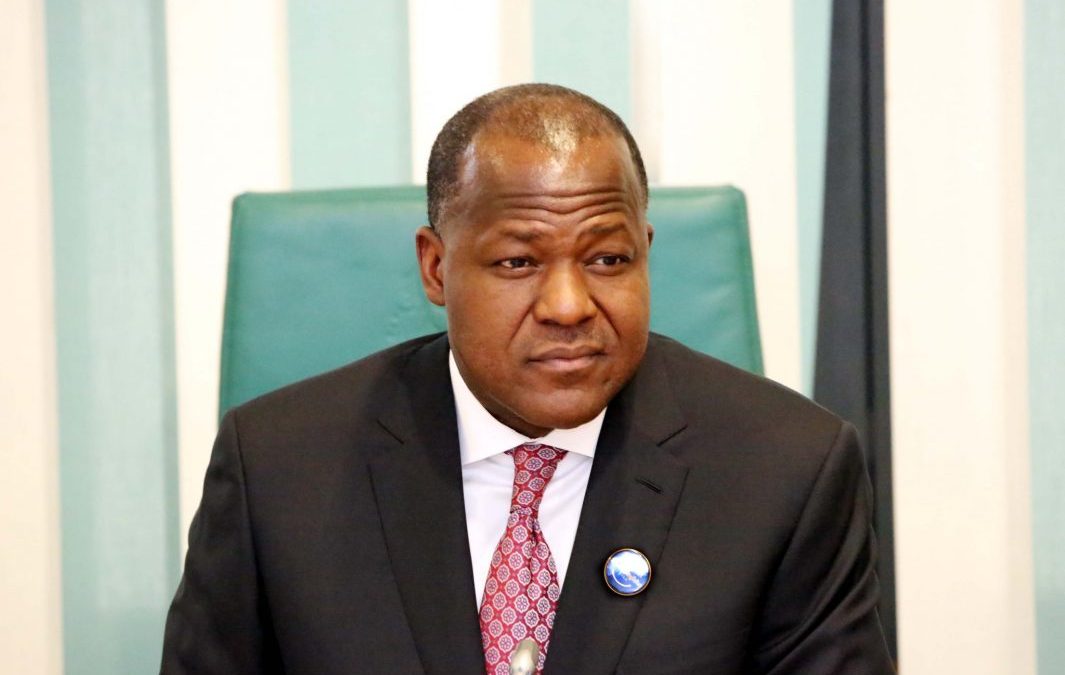 We Must Stop Modern Slevary in Libya – Speaker Dogara

Turaki Hassan, Abuja: Speaker of the the House of Representatives, Hon Yakubu Dogara, has called on President Muhammadu Buhari to lead the struggle for total and unconditional emancipation of the unfortunate victims of slavery in Libya and other places where slave trade is happening by deploying Nigeria’s diplomatic and military clout to put an end to it.

This is just as he challenged the stand of the African Union (AU) and the Economic Community of West African States (ECOWAS) on the issue, saying their voices on the ongoing inhuman trade have been too feeble.

According to the Speaker, who made the statement in a speech delivered in plenary titled, “Confronting The Scourge Of Human Trafficking And Modern Slavery,” history will remember President Buhari as one of Africa’s great statesme if he successfully leads the campaign to eradicate modern slavery.

He stated, “Permit me to use this opportunity to call on Mr President and Commander in Chief to lead this struggle for total and unconditional emancipation of the unfortunate victims of this scourge.

“History beckons on our President with a gold pen and a page reserved for only Africa’s great Statesmen if he successfully leads the campaign to eradicate modern slavery. Mr President should, if necessary, deploy Nigeria’s diplomatic and military clout on this matter. We would like to see an immediate convening of emergency session of the ECOWAS and AU to launch a rescue operation as soon as possible. As it is, the voices of ECOWAS and AU are unacceptably too feeble on this devastating issue.”

He commended the French President, Mr Emmanuel Macron, for taking a principled position on the matter and applying pressure on the United Nations (UN) to take urgent steps in dealing with this scourge and appealed to other nations who value freedom and the dignity of the human person to join France in working out a permanent solution to the resurgent evil.

Saying the time for the world to take responsibility and act is now, he concluded by echoing the words of His Holiness, Pope Francis who said: “Human trafficking is a scourge, a crime against the whole of humanity. It is time to join forces and work together to free its victims and to eradicate this crime that affects all of us, from individual families to the worldwide community”.

He maintained that Nigeria has a responsibility to ensure that slave trade is brought to an end and every single slave liberated.

He said by being passive to the ongoing scourge, we are granting permission, hence the need to take a stand and work towards bringing an end to the inhuman venture.

Furthermore, he added, “If you thought the horrific events that led to the deaths of our girls were appalling just as we prepared to leave Italy last Friday, we received the terrifying news that another set of 30 migrants had died in the Mediterranean Sea while 200 were rescued. To our collective shame, these kinds of deaths have become a recurring decimal on account of which the Mediterranean Sea has become the cemetery where Africa’s future, which our young represent, is buried. Our findings reveal that the deaths are under-reported as the figures more often than not do not take into account those deaths for which the corpses are not recovered. It must be noted that in most cases some of the immigrants are deliberately dumped into the sea like bags of weed.

“To add salt to injury, humanity’s conscience was recently jolted by the CNN report of auctioning of black African migrants as salves in Libya where these migrants are normally held in servitude in human cargo holding facilities. I believe most of us have seen the atrocious pictures of black Africans in such overcrowded holding facilities were they are packed like sardines and often mercilessly beaten and terrorized by their captors in order to keep them subjugated. These pictures which the social media is replete with have moved even the brute and the cruel to tears.

“It is my considered opinion that we are all involved in this crime either as perpetrators or those who are aiding and abetting human trafficking by standing aloof. For we are ultimately responsible for what we allow or permit. There is a place for Nigeria in all these. As the most populous black nation on earth, we must accept the fact that if any black man or woman falls, it would be because Nigeria lacks strength.”

The Speaker, who just returned from Italy where he attended a Conference specifically convened by the President of Italy’s Chamber of Deputies, Ms Laura Bodrini, to discuss a very topical issue -“Women Empowerment and the Fight against Trafficking in Persons. The Partnership Between Nigeria & Italy”, also disclosed that the war against human trafficking and modern slave trade will be a tough one to win as it is fuelled by the quest for huge monetary returns, especially from organ harvesting which is in high demand .

He explained, “For those who wonder why would a fellow human being strip another of his dignity in this beastly manner, the answer is, Money. They do it for the money. Slavery is so lucrative especially now that it involves human organ harvesting. It was and it is still a money spinner. In the past, it was so lucrative that a part of the sweet Land of Liberty fought a vicious Civil war to keep slavery until the Abolitionists won.

“What is consistent with the lessons of history is that unless slave masters are forced to stop, they won’t on their own put a stop to the criminal enterprise. We have a duty to stop them and we must begin by accepting responsibility for what is happening now. The question is, what have been done either as individuals or corporately to force these forces of evil to stop this trade in humans? Where is our conscience? Are we not troubled by the unfolding scenario where human beings are bought and sold for any amount much more for as low as $400 US Dollars barely the cost of a local cow or horse?”

He also directed that an investigative hearing be immediately scheduled in two resolutions of the House on the deaths of the 26 Nigerian girls on the Mediterranean and the modern slavery in Libya as part of measures to ensure that all agencies empowered by law to fight this scourge are made to account to the people.

He said, “The legal framework to combat Human Trafficking is fairly well developed. What is required is the political will and the muscle to execute the laws and policies already in place. As parliamentarians, we have a responsibility to use our legislative tools of oversight to ensure that all agencies empowered by law to fight this scourge are made to account to our people. This we must ensure it’s done with dispatch.

“It is in this regard that I hereby direct that the Public Hearing on House Resolution (HR. 151/2017) which ordered an investigation into the death of the 26 girls recently in the Mediterranean Sea and the Resolution passed yesterday mandating relevant Committees of the House to investigate the slave trade going on in Libya be consolidated and immediately scheduled for hearing in spite of the pending work on the 2018 Budget. The relevant Committees should make sure that all relevant parties and stakeholders are invited to dig out the facts and proffer workable solutions to this heinous crime against humanity.

“Furthermore, the House of Representatives would soon convene a major Conference on Human Trafficking and Modern Slavery as part of our intervention to help put an end to this evil. This would afford experts the opportunity to make recommendations on possible Legislative and Executive actions required to tame this evil trade. We must also sensitise and activate, as soon as possible, the ECOWAS Parliament and other Inter Parliamentary bodies such as IPU, CPU and other affiliated bodies to wade into this matter.”

NEWER POSTWe Have Enough to Go Round, Says VP Osinbajo in Osogbo
OLDER POSTSpeaker Dogara Speaks on Confronting The Scourge of Human Trafficking and Modern Slavery