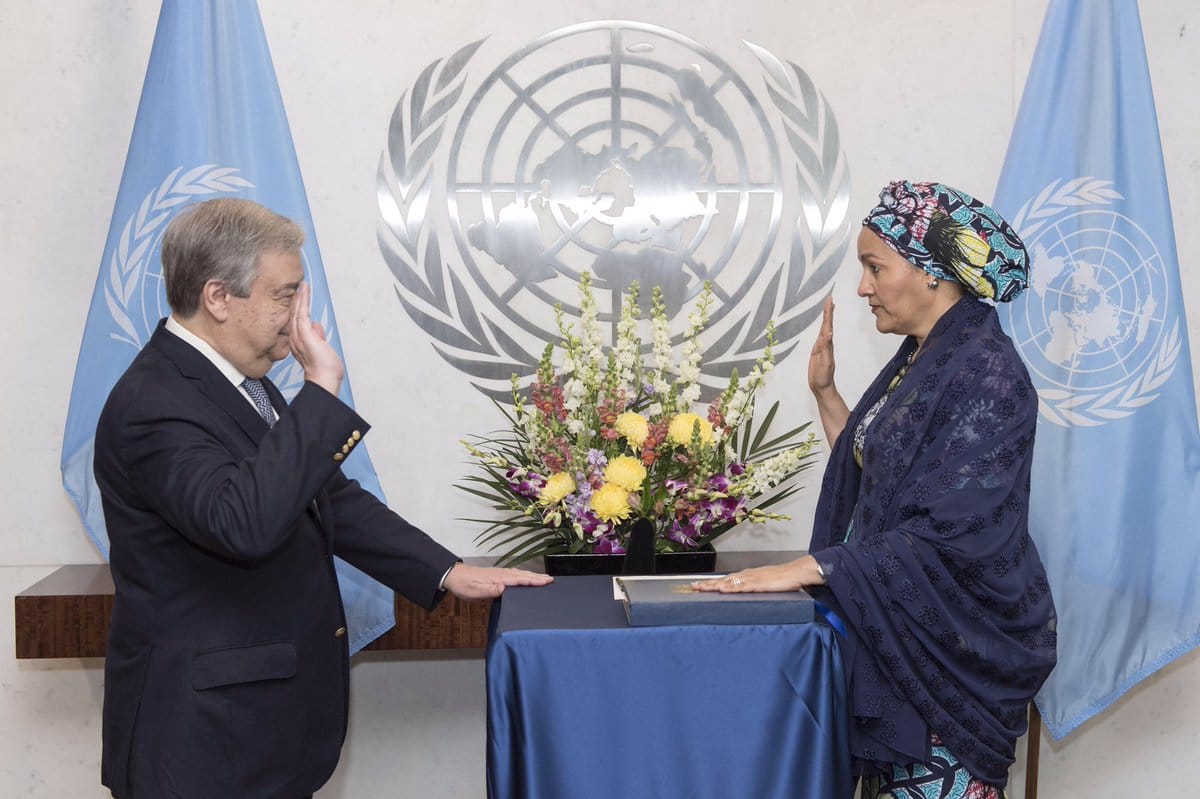 Former Nigerian Minister of Environment, Amina Mohammed has been sworn-in as the Fifth United Nations (UN) Deputy Secretary-General on Tuesday at the UN Headquarters in New York.

The UN Secretary General, António Guterres, after administering the Oath, said: “I am very, very proud that you accepted to join our team.”

In her first engagement, Amina Mohammed declared open the 2017 Economic and Social Council (ECOSOC) Segment on Operational Activities for Development.

In this role, she acted as the link between the Secretary-General, his High Level Panel of Eminent Persons (HLP), and the General Assembly’s Open Working Group (OWG), among other stakeholders.

Prior to this position, Mohammed served as Founder and CEO of the Center for Development Policy Solutions and as an Adjunct Professor for the Master’s in Development Practice program at Columbia University.

Previously, she acted as the Senior Special Assistant to the President of Nigeria on the Millennium Development Goals after serving three presidents over a period of six years.

In 2005, she was charged with the coordination of Nigeria’s debt relief funds toward the achievement of the MDGs. From 2002-2005, Mohammed coordinated the Task Force on Gender and Education for the UN Millennium Project. 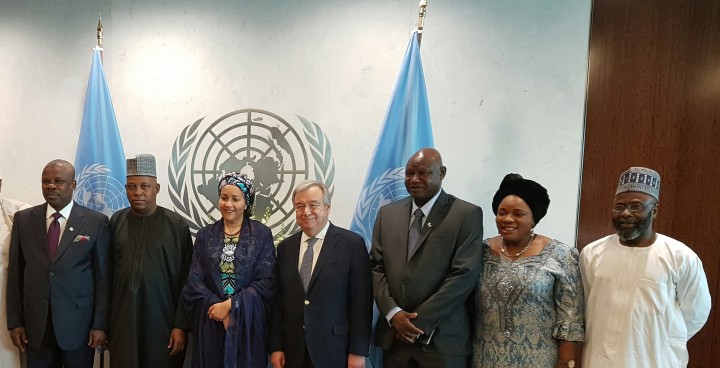 Borno State Governor Kashim Shettima was at the UN headquarters in New York to witness the swearing in of the former Minister of environment.

Governor Shettima proceeded to New York at the weekend after attending a donor humanatarian conference on the northeast Nigeria and the Lake Chad which took place in Oslo, Norway where he addressed donors.

Shettima, who spoke to a journalist after after attending Amina Mohammed’s swearing in said he honoured her because she has been of tremendous support to his Government over the course of the Boko Haram insurgency while he needs her support more in her new capacity at the UN.

In a tweet the UN Deputy Secretary General said: “It is a real pleasure & privilege to be working with @antonioguterres in the service of humanity.”