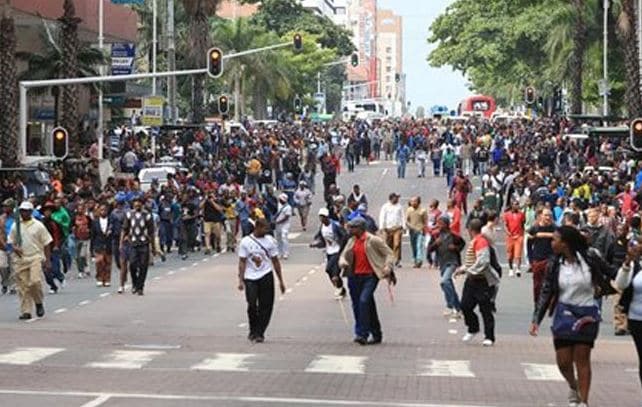 Clement Aduku, Abuja: The Ministry of Foreign Affairs has received reports of alleged renewed attacks on Nigerians in South Africa. Such reports coming on the heels of the recently concluded and highly successful dual-layered engagement with top officials and parliamentarians in South Africa, including members of the Civil Society, give cause for concern.

Contrary to media reports, the recent incidence was a scuffle that took place on Tuesday, 14 March, 2017 in a motor park in Polokwane in the Limpopo Province in which two Nigerians were injured, one of the two has been discharged from the hospital and the other receiving treatment.

The Ministry has received no report of casualty or death of any Nigerian in this latest altercation though some property were reportedly destroyed in the ensuring escalation. From all indications, the recent incident does not constitute xenophobic attacks on Nigerians in South Africa.

The Nigerian Acting High Commissioner in South Africa, Martin Cobham is working in close partnership with the Casual-General in Johannesburg, Godwin Adams in liaison with the leadership of the Nigerian community and relevant officials of the South African Government, to ensure that the situation does not escalate.

Meanwhile, the Ministry calls on the South African authorities to continue to take firm measures to maintain law and order, including the security of lives and property in the country such that Nigerians and other foreigners in South Africa may continue to go about their normal businesses without hinderance.