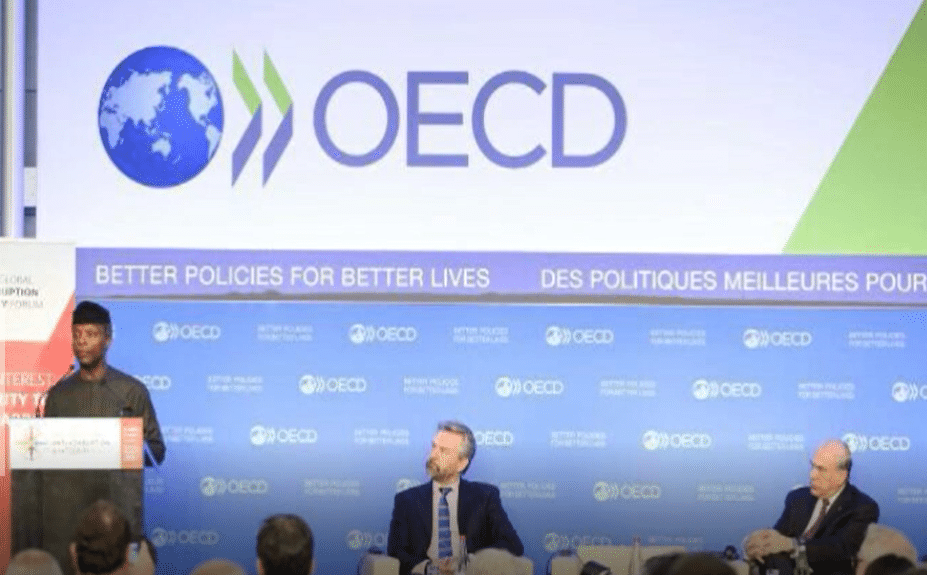 The vice president who spoke at Anti-Corruption Forum, Paris under the auspices of Organization for Economic Cooperation and Development (OECD) recognised that collaboration is the smartest approach to restitution of stolen assets in the fight against the menace.

He pointed out that without rigorous enforcement of rules, the promotion of transparency in the international banking and financial systems cannot be achieved in the anti corruption crusade.

The Vice President therefore said that countries hosting global financial centres and other usually targeted destinations of illicit flows must be held more accountable to enforce mechanisms which ensure transparency of ownership, control, beneficial ownerships, trusts and other legal contrivances that may be used to camouflage financial or other assets.

On the fight against corruption in Nigeria, the Vice President said the government has ratified a treaty on the ECOWAS tax administration forum, which would open the way for greater cooperation amongst West African states in the exchange of tax information.

He said apart from constituting a seven man presidential advisory committee against corruption the administration also established an anti-corruption and criminal justice reform fund with the support of three international development partners the whistle-blower initiative launched barely eight weeks ago the vice president said  has achieved great success and attracted commendations both locally and internationally.