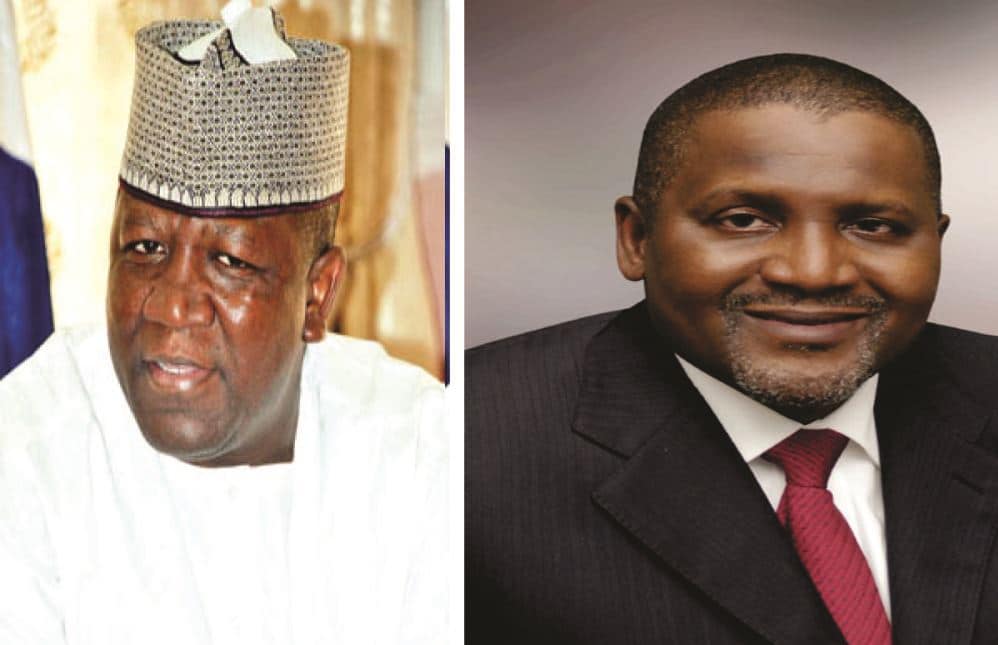 The United States International Development Agency (USAID) in collaboration with the US President’s Malaria Initiative in Nigeria and the United States Mission in Nigeria, today Monday 24th April 2017, made the announcement.

Governor Yari, along with Dangote were named Ambassadors of Malaria fight for 2017 in Public and Private Sectors respectively, at this Year’s World Malaria Day in recognition of their contributions to the fight against Malaria in Nigeria.

The event took place at the Embassy of the United States of America in Abuja and was witnessed by the Hon. Minister of Health Professor Isac Adewale, The Deputy Head of US Mission in Nigeria, Mr. David Young, The Heads of the USAID and PMI and other important dignitaries.

This year’s World Malaria Day is the 17th Edition and is being observed annually.

On their good will messages at the ceremony, Governor Abdulaziz Yari, Alh. Aliko Dangote and the Hon. Minister of Health Professor Isaac Adawale expressed their appreciation over the efforts of the United States Government, the USAID and the PMI in the fight against Malaria.

They pledged to put more efforts in ensuring more success in the fight against Malaria and other diseases in Nigeria.

Governor Yari urged President Trump of the United States to consider the American Interest in the Developing Nations as key and strategic to the US economic and other humanitarian development policies.

Yari said “as leader of the world, there is greater need for the government of the United States of America and President Donald Trump to consider other countries, particularly countries with US interest in the US economic and humanitarian development policies”, adding that relationship between Nigeria Governors’ Forum and the United States Government would ever remain cordial for mutual benefits.

The Chairman of the Nigeria Governors’ Forum said the NGF is ever ready and committed to collaborations with the US Government and other Donor Agencies in the fight against Malaria and other diseases in Nigeria.

Governor Yari also expressed delight over an official declaration at the occasion that, Zamfara is 0.9% of HIV/AIDS Infection.

He said since he came on board as the Governor of the State in 2011, he adopted a holistic approach to the fight against HIV/AIDS, involving Traditional Rulers, politicians, Government Officials, and Professionals.

Governor Yari said part of his administration’s strategy include adhering to the advice by the professionals, and the International Donor Agencies.