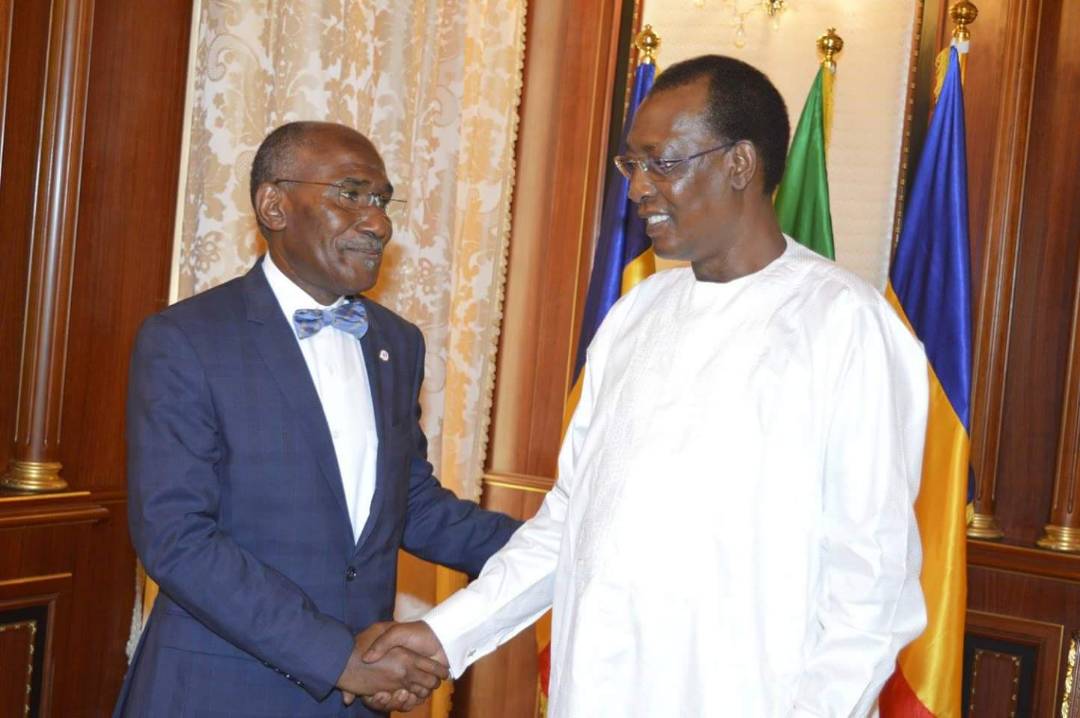 In preparation of the Pan African Youth forum which will be held this year in N’djamena, Chad, a delegation of the African Union led by H.E. Martial De Paul Ikounga, Commissioner in charge of Human Resources, Science and Technology conducted a three-day mission from 06 to 08 June 2017 in N’Djamena, Chad.

The purpose of which was to receive the guidance of the President of the Republic of Chad and Champion of the theme of the year 2017, on the organization of the PanAfrican Youth Forum, and to submit the progress report on the implementation of the AU theme for the year 2017 “Harnessing the Demographic Dividend Through Investments In Youth”.

The African Union delegation was warmly received at the Presidential Palace of the Republic of Chad by President Idriss Deby Itno, to whom the progress report on the implementation of the theme of the year was submitted by Commissioner HRST.

This report, which was drafted on the basis of the demographic dividend roadmap endorsed by AU Executive Council in July 2016 for the implementation of the theme of the year 2017, focuses on the following priority areas:

It presents the various activities carried out at continental, regional and national levels for the implementation of the theme of the year.

It also highlights the challenges to be met, as well as recommendations to improve ownership of the theme by African States. 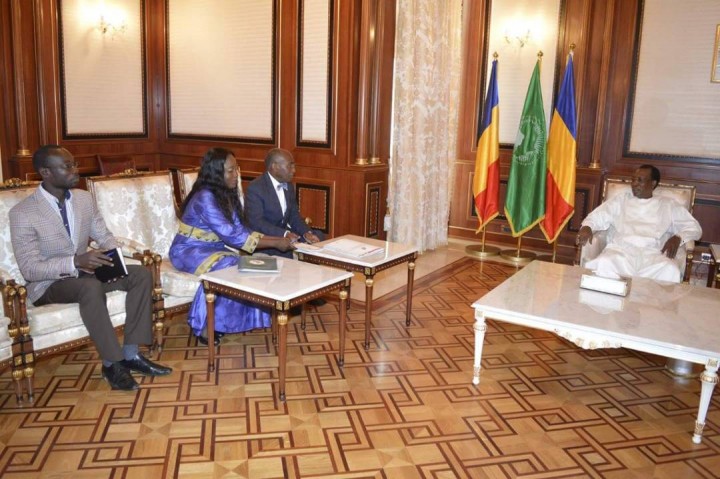 As the champion of the theme of the year, nominated by the current Chairman of the African Union, H.E. Prof. Alpha Condé, H.E. Idriss Deby Itno also held a discussion with Commissioner HRST on the organization of the Panafrican Youth Forum, which will inform the report already drafted by the Commission.

The meeting ended with an interview of Commissioner Martial Ikounga by the press.

Thereafter, the African Union delegation had a working dinner with the Minister in charge of Youth Affairs, Sports and Leisure and his team. This was followed by a site visit to assess the infrastructure for hosting the Youth Forum.