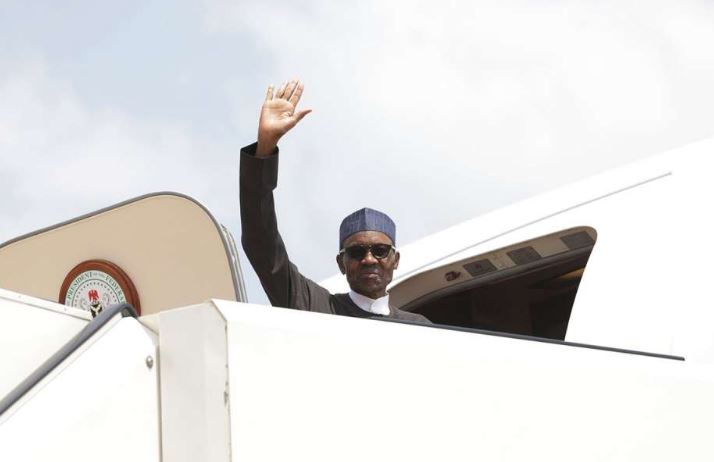 Femi Adesina, Abuja: President Muhammadu Buhari will Friday depart for Addis Ababa, Ethiopia to participate in the 30th Ordinary Session of the Assembly of Heads of State and Government of the African Union (AU).

The highlight of the President’s engagements during the visit will be his Statement under the historic theme for the AU Summit, namely: “Winning the Fight against Corruption: A Sustainable Path to Africa’s Transformation.”

This is the first time in the 54-year history of the AU that anti-corruption will be made a theme of the gathering of the regional leaders.

It would be recalled that on July 4, 2017 during the 29th Session of the AU, African leaders unanimously endorsed President Buhari to champion the fight against corruption on the continent. The endorsement was in recognition of his personal commitment and widely acclaimed anti-graft drive at the domestic level.

On July 25, 2017, the President in a letter to President Alpha Conde of Guinea, who is also the out-going AU Chairperson, formally accepted his nomination to lead members of the AU on this crucial crusade against a veritable socio-economic vice that is anti-development.

While thanking his colleagues for the honour, he reiterated his “commitment to contribute towards our collective efforts to strengthen good governance and development on the continent.”

Apart from anti-corruption, other issues lined for consideration by African leaders and their delegations include, peace and security (transnational terrorism); institutional reforms of the continental body; free movement of persons; climate change; trade; aviation; education; gender and development.

President Buhari will also hold bilateral meetings with some of his colleagues on issues of common interests.

The Minister of Foreign Affairs, Geoffrey Onyeama; the Minister of Justice and Attorney-General of the Federation, Abubakar Malami; the Minister of Interior, Abdulrahman Danbazau; the Minister of State (Aviation), Hadi Sirika; the National Security Adviser, Babagana Monguno; and the Chairman of the Economic and Financial Crimes Commission (EFCC), Ibrahim Magu are in the President’s delegation to the Summit.