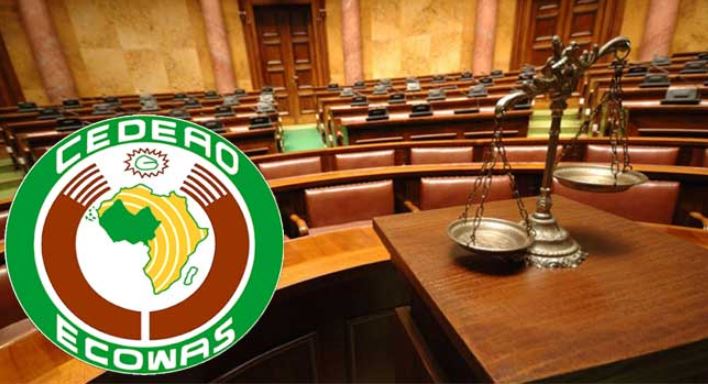 The outgoing President of the ECOWAS Commission, Marcel De Souza, has lamented the disrespect of the Community’s court decisions by member states.

De Souza expressed ECOWAS Commission’s displeasure on Thursday in Abuja when he handed over to the new President of the Commssion, Jean-Claude Brou.

He said that his administration worked under very stringent conditions due to inadequate finance and irregular levy payment by member states.

He, however, advised the new leadership to take the issue of non-respect of decision of the ECOWAS Court seriously.

“We want to see a situation where the decisions of the Court of Justice are enforced,” he said.

The former president thanked Nigeria and President Muhammadu Buhari for all the financial and other supports given to the commission.

“Nigeria has never contributed so much: In 2016 Nigeria contributed 54 million dollars and that covers the community levy for 2015.

“In 2017, Nigeria again disbursed 51 million dollars which covers the community levy for 2016,” he said.

He called on Nigeria too sustain its support to the commission and pay its community levy for 2017 and 2018.

De Souza, however, advised his successor to deepen relations with President Buhari and Nigeria in general to enable him succeed in the new assignment.

He said that the commission recorded some remarkable achievements during his tenure, including conduct of elections in some member countries.

The countries, he said, included Ghana, The Gambia, Liberia, Benin Republic and Niger.

He said that the commission still had its force in The Gambia to ensure peace and stability in the country.

He called on the incumbent to sustain the achievement recorded in the commission.

Singhatey said that he had been the champion of the institution’s reform since assumption of office and there was the need for the commission to be cleansed.

He, therefore, appealed to the new management to continue with the reform process that was embarked by the former leadership.

Singhatey said that the commission must move away from travel base programmes to a more result-oriented ones and those that would have tangible effect on the region.

He urged the commission to invest its resources in projects and programmes that would impact positively on the lives of the member states citizens.

“It will be nice to see ECOWAS investing more in programmes such as  education, health, security and infrastructures that our people would begin to feel proud to be members of ECOWAS,” Singhatey said.